I will testify to Zondo if I'm called - Ramaphosa 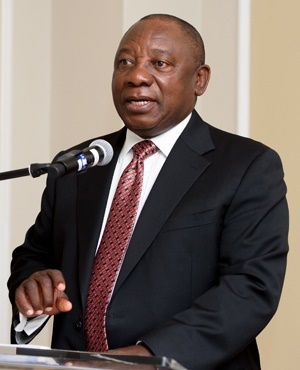 President Cyril Ramaphosa has said that he is prepared to appear before Deputy Chief Justice Raymond Zondo's judicial inquiry should he be asked to do so.

Ramaphosa was replying to a question in Parliament.

Various witnesses, including those close to the inner workings of government during former President Jacob Zuma's tenure have come before the inquiry to shed light on allegations related to state capture.

Among other things, it is alleged that the influence of the once-politically connected Gupta family over Zuma was so great that they could instigate the appointment and dismissal of ministers to suit their own private and business interests.

The extent to which Ramaphosa was aware of any attempts by the Guptas and their associates to undermine the South African government, and thereby the Constitution, is still unclear.

However, when replying to a question from Congress of the People leader Mosiuoa Lekota, Ramaphosa said ,“The Commission of Inquiry into State Capture is empowered to decide who should give evidence before it. If the Commission asks me to appear before it, I will gladly oblige."

Ramaphosa added that any person in Cabinet and senior government or who may have information to assist the commission in its work, should make themselves available to the Commission and give evidence, if necessary.