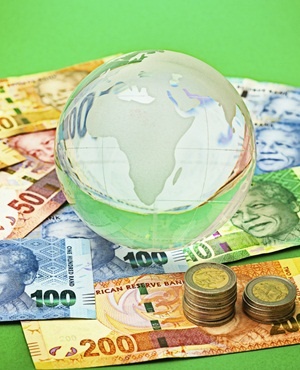 The International Monetary Fund (IMF) has revised the growth rate of sub-Saharan Africa’s economy to 3.8% for 2019, up from April’s growth projection of 3.7%.

In its latest World Economic Outlook Update released on Monday, the IMF said the upwardly revised growth is supported by the rise in commodity prices.

The IMF expects the South African economy to recover over the remainder of 2018 and into 2019.

Weaker-than-anticipated macroeconomic data for South Africa contributed to the 7% depreciation of the rand, unwinding part of the sharp appreciation that had occurred in late 2017 and early 2018.

“Despite the weaker-than-expected first quarter outturn in South Africa (in part due to temporary factors), the economy is expected to recover somewhat over the remainder of 2018 and into 2019 as confidence improvements associated with the new leadership are gradually reflected in strengthening private investment,” the IMF said.

Nigeria and South Africa are the continent’s two biggest economies and positive economic growth in the two will see recovery in sub-Saharan Africa continue, according to the report.

Meanwhile global growth is projected to reach 3.9% in 2018 and 2019, in line with the forecast of the April 2018 outlook. Expansion is becoming less even, and risks to the outlook are mounting, according to the report.

We live in a world where facts and fiction get blurred
In times of uncertainty you need journalism you can trust. For only R75 per month, you have access to a world of in-depth analyses, investigative journalism, top opinions and a range of features. Journalism strengthens democracy. Invest in the future today.
Subscribe to News24
Related Links
SA needs 'bold reforms' to boost growth - IMF
Lagarde sees darker clouds over world economy after G7 summit
China should open more to the rest of the world, ease trade tension - IMF
Next on Fin24
10km queue at Beitbridge as drivers struggle with documents