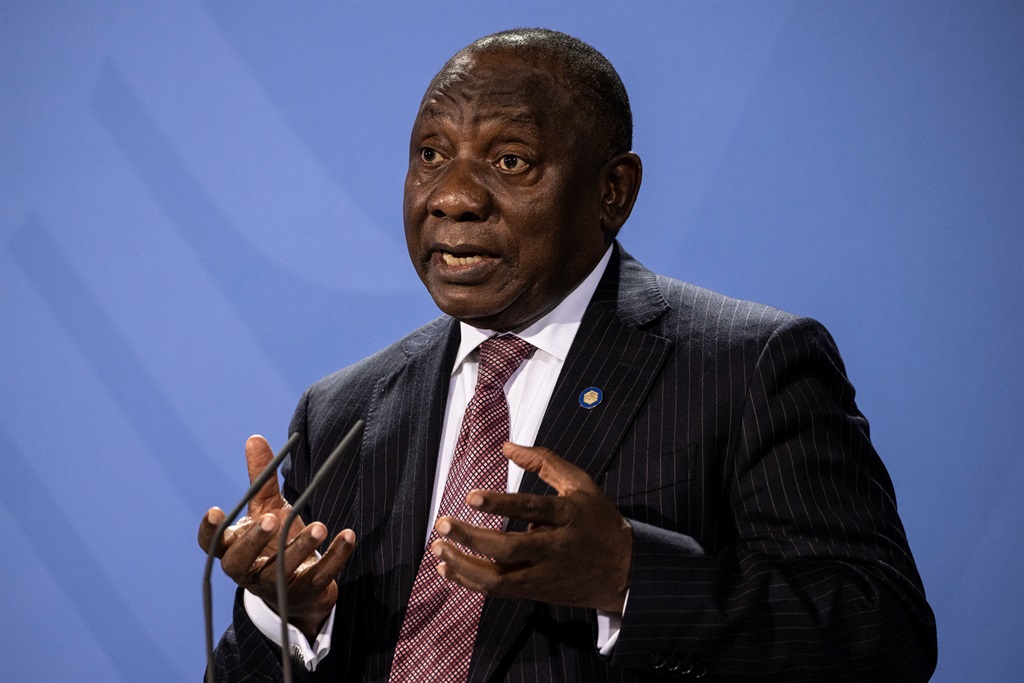 President Cyril Ramaphosa has said that even if government spends all it can on infrastructure development, the backlog remains so immense that it would take billions of rands and decades more to fill it without a contribution from the private sector.

The South African economy has been weighed down by lacklustre growth for a decade, stubborn unemployment the impact of last year's ongoing Covid-19 pandemic and the blows from July's unrest.

Ramaphosa has announced interventions to the latter two challenges, including support for households and financial resources for businesses. However, his State of The Nation Address in recent years have placed emphasis on government's plans to invest in infrastructure.

Ramaphosa told delegates that government was fast-tracking the establishment of the National Water Resource Infrastructure Agency and the review of the Raw Water Pricing Strategy to ensure effective pricing and cost reflective tariffs.

"Another key thematic focus area of SIDSSA 21 is to bridge urban-rural divide through infrastructure. With a rural population of around 18 million, it is vital that we increase fixed capital investment in rural areas," said Ramaphosa.

Ramaphosa said through the major investment plan, government is looking to improve rural accessibility and establish linkages to formal economic opportunities in urbanised areas. But he warned that a tepid approach to investing in infrastructure undermined these goals.

"The National Development Plan says that the ratio of gross fixed capital formation to GDP should be at least 30%. Following the recent recalculation of our GDP, this ratio is currently just below 14%. Underspending on public infrastructure budgets compounds this problem," Ramaphosa said.

He said as the focus of government remained on capital investment in the large network sectors of energy, water, transport and digital, at least a third of the capital required for this infrastructure should come from the private sector.

"The regulatory framework intends to clarify roles and responsibilities among all relevant organs of state in the preparation, approval, procurement and delivery of large infrastructure projects and programmes, whether they are designed as public-private partnerships or for direct fiscal expenditure," he said.

Ramaphosa said government was making progress with the establishment of the Social Infrastructure Fund, which will initially prioritise education infrastructure.

"We are blending the skills and experience of seasoned and retired professionals with Infrastructure South Africa staff to develop the next generation of capable public servants tasked with delivering the ambitious Infrastructure Investment Plan," Ramaphosa said.

Head of Investment and Infrastructure in the Presidency, Kgosientso Ramokgopa, said South Africa is not the only country whose government has spearheaded a major investment drive into infrastructure development as a way of spurring an economic recovery.

"The world is moving towards transient policy of state intervention to ensure an economic recovery and industrialisation. It is important to reflect on the major trends occurring in the world and understand that we are not alone," said Ramokgopa.

Ramokgopa said R708 billion in infrastructure investment needs to be made in order to made in the future to meet our GDP targets and a third of that must come from the public sector (R240 billion) to meet the target of a third of GDP investment in infrastructure development, as highlighted in the Economic Reconstruction and Recovery Plan.

"If we position infrastructure projects well, there is a big pool of global liquidity that can be channelled towards their development. If we succeed in the interventions, we are likely to grow the economy by 3% in terms of GDP," Ramokgopa said.

He added that at the current rate of funding, it would take 68 years to clear the schools infrastructure backlog, but that this can be brought down significantly if private sector participation and access to financial markets are broadened.

"Anyone at any part of the country should be able to enjoy the democratic dividend. Therefore, there needs to be investment in those places to increase access to markets, services and continued development," he said.

Ramokgopa said project sponsors have a newfound appreciation for the quality of projects to be supported and project preparation which means the projects will be graduated from the preparation process even quicker.