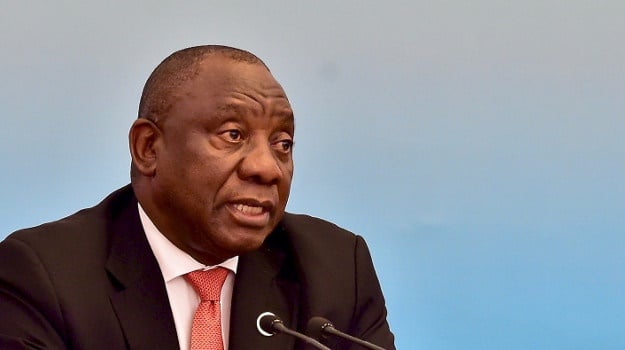 President Cyril Ramaphosa will unveil a stimulus package that he hopes will kick-start South Africa’s lagging economy on Friday morning.

Cabinet has signed off on the measures, which they hope will reignite economic growth, said Minister of Communications Nomvula Mokonyane on Thursday morning.

She was briefing the media on the outcomes of a Cabinet meeting held on Wednesday. Ramaphosa is set to make his announcement at 10am at the Union Buildings in Pretoria.

SA is currently in a technical recession following two successive quarters of negative economic growth, while business confidence has fallen.

Projections for SA's 2018 real gross domestic product growth rate have also been downgraded in recent months. In early September Moody’s cut its estimate for SA's 2018 GDP growth rate from 1.5% to between 0.7% and 1.0%.

The president previously said that the stimulus measures would “secure confidence in sectors affected by regulatory uncertainty”.

Mokonyane on Thursday also said Cabinet welcomed an offer by private sector business leaders for the secondment of private-sector professionals to government.

This commitment emerged from the president's meetings with business leaders and his special investment envoys ahead of an upcoming investment conference and job summit.

She did not share any details of how the secondment would work.

We live in a world where facts and fiction get blurred
In times of uncertainty you need journalism you can trust. For only R75 per month, you have access to a world of in-depth analyses, investigative journalism, top opinions and a range of features. Journalism strengthens democracy. Invest in the future today.
Subscribe to News24
Related Links
Ramaphosa gives taste of plan to kickstart economy
Ramaphosa talks economy in Parliament - 5 key takeaways
Lifestyle audit framework will be ready by October - Ramaphosa
Next on Fin24
Former DBSA board members accuse Godongwana of mismanagement