The economy grew by 1.6% in the three months to end-September after shrinking by 0.7% in the second quarter, which was affected by the KwaZulu-Natal floods.

A technical recession is defined as two consecutive quarters of a shrinking economy, but - despite load shedding during more than half of the days in the second quarter, as well as rocketing interest rates, and food and fuel prices - South Africa avoided this by growing in the third quarter.

The 1.6% growth rate was much stronger than expected. The median forecast of economists polled by Bloomberg was for growth of 0.4%.

Quarterly real GDP - R1.16 trillion (at constant 2015 prices) - is now the highest it’s ever been, exceeding the previous peak of R1.15 trillion recorded in the fourth quarter of 2018, Stats SA said.

Eight of South Africa's ten industries grew between the second and the third quarter, with agriculture, forestry and fishing surging by more than 19%. "This was mainly associated with a rise in the production of field crops and horticulture products," Stats SA reported. 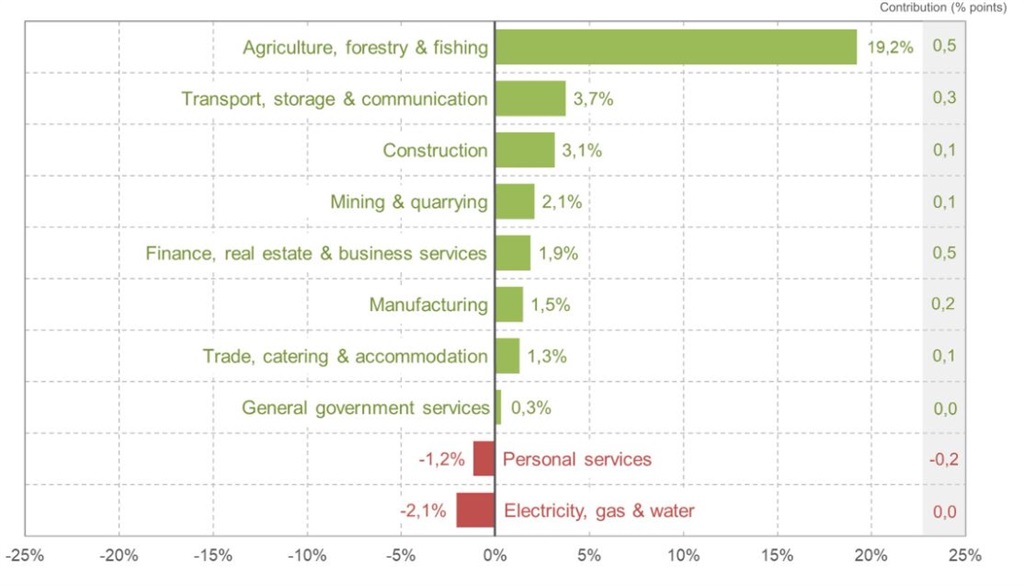 South African exports increased by 4.2% in the third quarter.