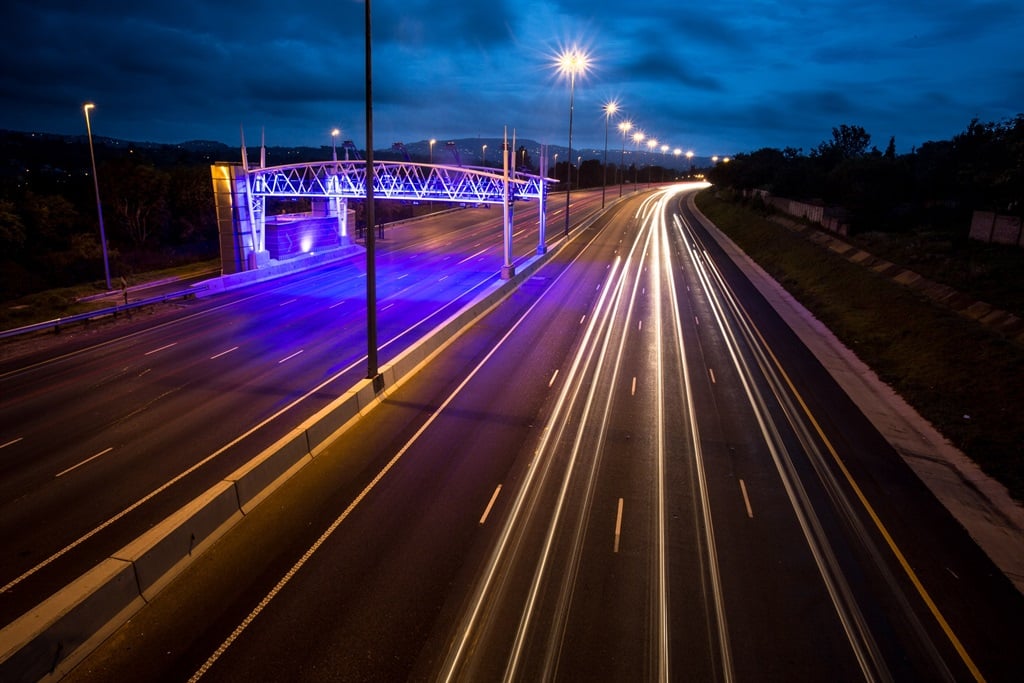 Why is the Gauteng Province being asked to settle any debt that the national authoroties entered into in 2008 when the e-toll scheme was approved? asks OUTA.
Gallo Images/Daniel Born

A lack of clarity on four main issues - which include how and when motorists will be refunded - appears to be stalling the scrapping of e-tolls in Gauteng, says the the Organisation Undoing Tax Abuse (OUTA).

The e-toll system was due to be scrapped on 31 December 2022 after Finance Minister Enoch Godongwana effectively announced its end during his most recent medium-term budget policy statement.

Godongwana announced that government would take on 70% of the debt of the SA National Road Agency (Sanral), while the province would take on 30%.

But the scrapping of the system has been delayed, as key sections of a memorandum of understanding between national government and Gauteng are yet to be finalised.

Sanral had always struggled to recover the costs of the Gauteng Freeway Improvement Project (GFIP) through e-tolls, as many motorists failed or refused to pay them. E-tolls also faced opposition from civil society groups like OUTA and labour federation Cosatu.

When will it end?

In OUTA's view, the end of the e-toll system will continue to be delayed unless national government and the Gauteng province provide clarity on issues like how motorists will get refunds and why Gauteng should have to pay anything at all.

"Why is the Gauteng Province being asked to settle any debt that the national authorities - the Departments of Finance and Transport, and Sanral - entered some fourteen years ago in 2008 when the e-toll scheme was approved?" asks OUTA CEO Wayne Duvanage.

He points out that Sanral managed the Gauteng freeway infrastructure upgrade and reported to the Departments of Transport and Finance. Of government guarantees to back bonds taken up by Sanral, only R21 billion pertained to the Gauteng Freeway Improvement Project (GFIP).

OUTA says that, secondly, clarity is required on exactly what the amount the province is expected to contribute 30% toward and how the figure is derived. Even if the Gauteng has been convinced into contributing toward 30% of the bonds, it should only cover 30% (R6.3 billion) of the R21 billion borrowed for the GFIP, in the view of OUTA.

"This is not a R43 billion issue that the Gauteng Province should be picking up any portion of, even if they added interest to the R21 billion GFIP debt to date," argues Duvenage.

"In addition, between 2012 and 2022, National Treasury has bailed Sanral out to the tune of R22.4 billion, specifically for the GFIP debt, which is well above the capital portion of the project's capital cost. The interest on the GFIP bonds debt amounts to no more than R17 billion since 2008."

On top of this, OUTA suggests the Gauteng Province should be asking why SANRAL paid "excessive costs" of R17.9 billion for the GFIP upgrade - before the e-toll gantries added another R3 billion infrastructure costs into the mix. OUTA estimates that, at most, the GFIP project should have cost society no more than R9 billion.

"The Gauteng Province should not be footing the bill for SANRAL's gross inefficiencies and incompetence," says Duvenage.

A third issue to obtain clarity on relates to comments by Gauteng Premier Panyaza Lesufi that motorists in the province will be consulted on the best way to collect revenue following the failure of the e-tolls collection system.

"We are pleased that the Premier has indicated that he intends to consult widely with the people of Gauteng on how best to extract funds from Gauteng residents - presumably to cover the Gauteng Province's 30% commitment of some portion of Sanral's debt," says Duvenage.

"However, we fail to see how this will be meted onto Gauteng citizens in the form of any additional provincial related taxes without making Gauteng a more expensive province to live and do business. We look forward to his consultations."

The fourth issue on which OUTA wants clarity relates to comments by Lesufi that almost R6.9 billion will be refunded to motorists who have been paying e-tolls.

There has been a "clear decision" that motorists who have been paying e-tolls must receive some form of refund, Gauteng Premier Panyaza Lesufi said on 702's John Perlman Show on Wednesday. He indicated that such refunds would amount to close to R6.9 billion. A decision still has to be taken on what form such refunds will take - for example, in cash or as credit for future use of other toll roads, according to Lesufi. He said all uncertainties would be clarified in his upcoming State of the Province address.

"OUTA applauds that the authorities are now considering or committing to refunding the e-toll fees paid by motorists and businesses since December 2013. What remains confusing, however, is that these comments are being made by the Premier of Gauteng, when in fact it was Sanral who billed the motorists and collected the fees," says Duvenage.

"This matter requires a comprehensive statement from Sanral as to whether the prior e-toll fees paid will indeed be refunded in full and how this will be done. Sanral is the entity which knows who owes what."