Lesetja Kganyago: 'Barbarians at the gate of the SARB' 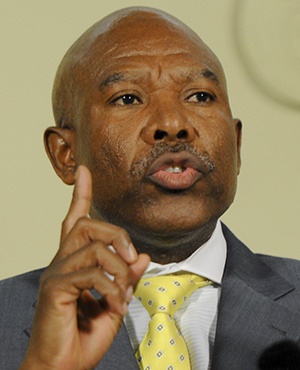 SA Reserve Bank governor Lesetja Kganyago on Wednesday characterised the continuing attacks on the central bank as the arrival of the "barbarians at the gate of SARB".

He was speaking about the recent era in South African politics at an Investec event on Wednesday, after a day he had spent warding off an ANC plan to change the central bank’s Constitutional mandate.

On Tuesday, ANC secretary-general Ace Magashule put out a seven-page statement to summarise the party’s national executive committee Lekgotla, which included this: "In this regard, the ANC NEC Lekgotla agreed to expand the mandate of the South African Reserve Bank beyond price stability to include growth and employment.

Both Finance Minister Tito Mboweni and the ANC head of economic transformation Enoch Godongwana say this was not an accurate account of the party’s deliberations or decisions, but the statement had not been retracted at the time of writing, nor had ANC and SA President Cyril Ramaphosa put out a correcting statement. Key economic indicators responded negatively to the statement, while international financial media coverage has interpreted it as an attack on central bank independence – now a global trend.

Economy on its knees

Kganyago said that conditions in South Africa, like a risk of deflation, did not exist to justify quantitative easing (the introduction of new money into the money supply by a central bank in order to boost a struggling economy). The ANC appeared to be pushing for this, although the governing party got the term wrong.

"You can’t beat up on an economy on its knees," said Kganyago, saying the simplest and cheapest thing for South African policy-makers to do to encourage growth and employment was to restore confidence.

"Which part of this don’t people understand?"

The SARB mandate to protect price stability and economic growth through maintaining the value of the currency is constitutionally enshrined, and while the mandate can be changed by the governors of the bank, it can’t be dictated by a political party.

Stand up for institutions

"Central banks don’t take to the streets," said Kganyago, but he said that if necessary, the central bank would approach the courts to protect its independence.

The SA Reserve Bank fought a prolonged legal battle in 2017 to eventually secure a court judgment against Public Protector Busisiwe Mkhwebane, who had also attempted to interfere with its mandate when she ordered Parliament to convene to change the bank’s mandate, that time to take account of socio-economic transformation. That order was subsequently set aside by the North Gauteng High Court.

Kganyago said on Wednesday that at the time of developing the Constitution in the Constitutional Assembly and when it went to court for validation, dissenters to the constitutional principles had said that the clause in the founding document to protect central bank independence was an inadequate shield.

The governor reminded his audience of what the court at the time said: "If the independence of the SARB is watered down, it should feel free to approach the court."