PIC boss Dan Matjila has told a media briefing that he enjoys the support of the PIC’s board and has confidence in them.

“I have enjoyed the support of the board,” said Matjila in response to a journalist’s question. “The PIC is where it is today and making a difference and contributing quite significantly to transformation, to the good return that clients are enjoying, because of the board you see around you.

“I still have lots of confidence in them,” he said.

Finance Minister Malusi Gigaba in turn said that he “of course” has full faith in the PIC CEO.

“Without a shred of doubt,” he added.

The Finance Minister said he cannot however say whether he will extend Matjila’s contract when it expires in two and a half years' time.

“I am sure Doctor Dan would love to hear me. But we must respect government’s procedures,” said Gigaba.

Lengthy briefing over. Stay with us, will bring you more shortly.

PIC CEO disturbed by Sunday Times article, says it's to drive a wedge between him, the minister andthe PIC board.

On the question that SAA’s financial statements are being held back, Finance Minister Malusi Gigaba said he was not the auditor of SAA.

“I have no power over the annual investment statements of SAA,” Gigaba said.

“My job is to note to approve them, I don’t run the company.”

He said he  noted that there were no financial statements from the national carrier.

Gigaba confirmed that SAA has requested the postponement of the airline’s AGM,  because the statements were not finalised.

He admitted that the AG had going concerns over SAA.

“We are trying to assist the airline, working around the clock to capitalise the airline,” he said.

He said had issued a directive that the AGM should take place, even if the statements were not finalised.

Matjila: Article in Sunday Times was distasteful, inaccurate, and designed to drive wedge between minister, myself and the board. @Fin24

The finance ministry has given its backing to PIC CEO Dan Matjila until all investigations and audits have been concluded.

Both Finance Minister Malusi Gigaba and his deputy Sifiso Buthelezi lashed out at the media reports alleging "state capture" and "that there was a plot" to oust Matjila.

Gigaba was upset that his “good name” had been dragged into the PIC saga, insisting that all the deliberations with PIC had happened through regulated channels.

Finance Minister Malusi Gigaba said he had taken a “very dim view” of recent media articles about the PIC board and how his name got “dragged into issues about which I have no knowledge.”

Gigaba said he had arranged the media briefing to respond to the issued raised in the media, including an alleged plan to get rid of the PIC's CEO Dan Matjila and an alleged R100bn bailout for state-owned enterprises that the PIC would fund.

While Gigaba said he took a “dim view” of the articles, he did not say whether they were the fault of journalists, or whether the fault lay with members of the PIC board leaking information to the media.

“I called this meeting  ... in light of the recent articles that have been doing the rounds, the last of which came out on Sunday attributed to the CEO,” he said.

“I asked the CEO why has he thrown me under the bus?” chuckled Gigaba, but did not name which article he was referring to.

“I asked a few questions from the board, because arising from these allegations are a number of issues that need to be clarified.

“I made it very clear to the board that I have not attempted in any possible way to get myself involved in the business of the PIC, accept in formal regulated channels that is available between us.

“I indicated to the board that, in my knowledge … there is no R100bn that we have requested from the PIC”.

PIC chief Dan Matjila said he has formally complained to the Sunday Times, which he says has driven a wedge between him, the board and the minister.

“I must put it on record, that I receive good support from the minister [Finance Minister Malusi Gigaba],” he said.

“I can assure our clients, PIC is on solid ground, and we will not be deterred by disturbing misinformation. It is not true. The pensioners money is safe.” Finance Minister Malusi Gigaba said he called the meeting due to the recent articles that has been doing the rounds, of which a number came out on this weekend.

He said he jokingly asked PIC chief Dan Matjila why he had thrown him under the bus.

Gigaba said he wanted to discuss allegations of board members that there are attempts to capture PIC. He also asked the board if there were any indications that Matjila was going to be replaced with former Eskom CEO Brian Molefe in a nefarious way.

Gibaba emphasised that he has personally not attempted to get involved in the PIC in any way, unless he negotiated the regulated channel. He has taken a dim view on his name getting dragged through the mud.

Gigaba: There is no R100bn we have requested from PIC.

Briefing starts. Gigaba says he asked Matjila why he had thrown him under the bus in weekend papers.

Here's what you may have missed while we wait for Finance Minister Malusi Gigaba to brief us on where the PIC plans on spending its funds.

SA Express pays over R5m to Trillian for 'funding plan'

Gordhan: KPMG SA was a 'willing partner in state capture'

Unions, political parties, civil rights bodies as well as ordinary South Africans have called for the PIC to be save from 'state capture'.

City Press reported in August that the PIC may buy into Telkom to save SAA after Finance Minister Malusi Gigaba said the state carrier desperately needed a R10bn bailout. This money could possibly be gathered via the sale of the state’s 39.76% stake in the semi-privatised telecommunications provider.

PIC spokesperson Sekgoela Sekgoela told City Press the PIC would prefer not to be drawn into possible considerations by government to dispose of Telkom shares.

The PIC owns just more than 12% of Telkom. 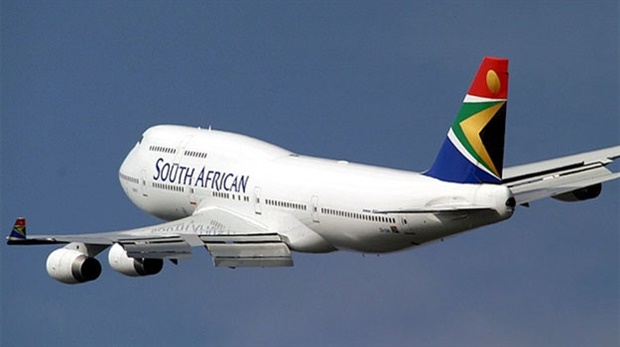 READ: PIC may buy into Telkom to save SAA

The briefing to report on the outcomes of Gigaba's meeting with the PIC is yet to start.

The media reports that spurred Finance Minister Malusi Gigaba to seek an urgent meeting with the PIC board:

Bloomberg reported that National Treasury was pressuring the Public Investment Corporation to provide as much as R100bn to fund struggling state-owned enterprises, according to two people with knowledge of the situation.

The PIC, which manages state-employee pension funds and has about R1.86trn in assets, has been asked by the Treasury to buy its entire R12bn stake in Telkom to pay for a bailout of South African Airways (SAA), said the people, who asked not to be identified as the talks are private.

Trade union federation Cosatu and the Federation of Unions of South Africa (Fedusa) indicated their concern over reports that the struggling South African Airways might have already approached the PIC for a bailout, while Eskom is also said to be seeking financial support from the PIC.

Cosatu has already called for an urgent meeting with Gigaba, voicing its distrust of the minister’s denial of these reports.

The finance ministry on Monday tried to put out some of the fires by issuing a statement expressing its concern over media reports that National Treasury wants to use R100bn of PIC funds to bail out failing parastatals.

It said "the minister would like to clarify that these reports are untrue. No formal or informal request has been sent to the PIC for such funds.

The minister finds these reports malicious and unconstructive. Such untrue reports deviate attention from what is important - finding a long-term solution that will ensure that SOEs continue to contribute to our economic development without being a burden on the fiscus," said the statement.

However, this did not calm the fears of Fedusa and its affiliated trade unions the Health and Other Service Personnel Trade Union of South Africa, the Public Servants Association and teachers' union the Suid-Afrikaanse Onderwysersunie, who expressed concerned over what they termed ongoing threats against the PIC.

The labour movement has vowed to keep a close watch on Finance Minister Malusi Gigaba's meeting with the Public Investment Corporation (PIC) board on Tuesday to safeguard workers' pension funds.

Unions have come out in support of PIC chief executive officer Dr Dan Matjila, who they believe could be targeted because he is speaking out against what they call the looting of the fund.

Gigaba called the meeting to discuss reports that Treasury is considering dipping into the fund manager to bail out struggling state-owned enterprises (SOEs) to the tune of R100bn.

In a statement issued on Monday, Gigaba slammed media reports that National Treasury wants to use R100bn of the funds in the PIC to bail out failing state-owned enterprises as untrue and malicious.

"The minister would like to clarify that these reports are untrue. No formal or informal request has been sent to the PIC for such funds.