AS IT HAPPENED: Mkhwebane takes another hit as Ramaphosa wins court bid 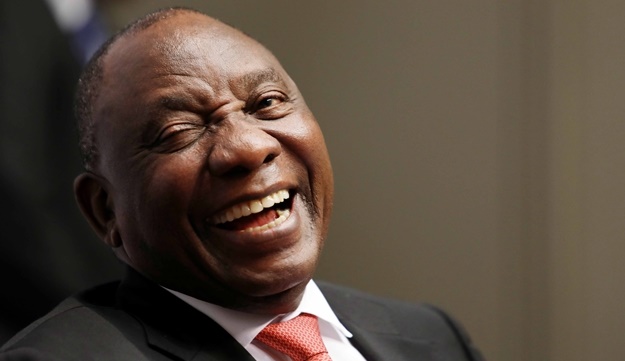 WATCH: 'We are considering our options', says Mkhwebane's legal rep Political analyst and constitutional expert Professor Shadrack Gutto says he does not think the high court ruling was damning.

He said Ramaphosa won on a technicality that no timelines were given by the public protector for the remedial action.

“It is a very narrow so-called victory, it was almost a pyrrhic victory,” Gutto told Fin24.

He warned that the office of the public protector should still be respected, despite Mkhwebane’s several losses in court, in recent weeks.

“If we this this public protector to destroy this office, we are destroying the basis of our democracy,” Gutto commented.

#PublicProtector Political analyst & constitutional expert Prof Shadrack Gutto: if we use this public protector to destroy the office, we are destroying the basis of this democracy @TeamNews24 @Fin24

The court’s recognition that the President has complied with the remedial action and that any further steps will await the final determination of Minister Gordhan’s pending review ensures that all parties’ rights are protected until our courts have the final word.

#PublicProtector Minister of Public Enterprises Pravin Gordhan welcomes today’s high court ruling that Ramaphosa can suspend remedial action against Gordhan, pending review. Says the courts rejection of the PP’s arguments should be of “concern” to the public @TeamNews24 @Fin24 pic.twitter.com/oRbA90W5Dz

Ndlozi says that the EFF is taking a previous ruling by Judge Sulet Potterill to the Constitutional Court, and once the apex court has ruled, Thursday's ruling by Judge Molopa-Sethosa will "fall apart".

WATCH | Pravin Gordhan is treated as being above the law - EFF

Mbuyiseni Ndlozi, spokesperson for the EFF, says Pravin Gordhan is treated as being above the law.

#PublicProtector Alfred Mhlongo, the head of legal at the PP’s office says they will study the judgement. He adds it was a legal anomaly for the president to bring the urgent interdict, it should have been Gordhan pic.twitter.com/bzah3qaRGm

He says the PP's office will then formulate a way forward. He says the public protector does not take decisions to oppose applications for the stay of remedial action lightly.

* She declares that the President has complied with the remedial action of the Public Protector arising out of the investigation and report into the approval of former SARS deputy commissioners Ivan Pillay.

* The Public Protector and the EFF will pay costs.

This means that President Cyril Ramaphosa does not have to take any action against Gordhan until the outcome of his review of the Ivan Pillay pension matter has been argued in court.

That court case has not yet commenced.

The judge again notes it was "not understandable" why the PPP was opposing a stay of Gordhan's review application.

She states the EFF was being "unreasonable" to demand the president take disciplinary action immediately.

She states she does do not see that justice would be served if the successful parties were not to be granted an order for costs.

The judge has returned and continues to speak about costs.

Your ladyship can’t even read her own judgement. She doesn’t inspire ANY confidence in justice.

EFF spokesperson Mbuyiseni Ndlozi tweets from court that the judge does not inspire confidence.

As an aside: while the judge delivers her scathing findings, calling the PP's reasoning "mind-boggling", a member of Mkhwebane's legal team takes off his glasses and puts his head in his hands #PublicProtector

The court is taking a brief adjournment.

The judge is now considering the question of costs.

The judge rules that Ramaphosa has complied with the public protector's remedial action plan.

She notes that her original order did not include a timeframe for him to act.

This means that Ramaphosa can await the outcome of Gordhan's review of the public protector's report before deciding what action to take against him.

She further notes that, even if she had not found that Ramaphosa had complied with Mkhwebane's remedial actions, she would have ruled that the remedial action be halted pending the upcoming court hearing.

The judge notes she is not expressing her view on the merits of the review application, saying she will leave this to the court dealing with the application.

She adds: "why subject [Gordhan] now to disciplinary action when there is a review application pending?"

She again notes that Ramaphosa's plan of action is reasonable and rational.

She notes that one of the arguments made by the leag teams of the public protector and the EFF is that Gordhan should have brought the application, not Ramaphosa.

The judge notes that it is the president who has to take the remedial action and as such has a right to approach the court.

The judge returns to the public protector's report and notes that the president was left with the discretion to take action against Gordhan.

She notes the president has said he will defer the implementation of the remedial action pending the outcome of Gordhan's review.

"In my view, this is a reasonable and rational decision which he has taken," she says.

The judge now notes that Mkhwebane argued that she has been insulted by Gordhan, and that the president has, by association, insulted her by not repudiating Gordhan's insults.

#PublicProtector Judge Molopa-Sethosa says the issue at hand is whether the president has complied with remedial action. Won't deal with PP's assertion that Ramaphosa and Gordhan are friends as this "clouds issues" @TeamNews24 @Fin24

She notes that, in a recent similar case, Judge Sulet Potterill ruled that Mkhwebane's remedial orders against Gordhan be suspended in a separate matter.

She says it is "mind-boggling" why the public protector did not agree to having the remedial action stayed pending the outcome of Gordhan's review application.

'Contradictory and non-sensical': Why Gordhan took round one

The judge notes that in previous instances the public protector has not opposed staying remedial action if a review application has been launched.

The judge notes that it is the view of the public protector that the president has not complied with the remedial action she ordered, and that her work would be undermined if the order is granted.

Judge Molopa-Sethosa is still giving background to the case,  referencing correspondence between the president and Makhwebane.

The judge notes that Gordhan launched a review application of Mkhwebane's findings just days after she published her report.

She then reads the letter that Ramaphosa wrote to the public protector in the wake of Gordhan's application.

You can find the report here

She is starting by sketching out the background of the application, noting that Ramaphosa's application is being opposed by the PP and the EFF.

She says all sides agree that the matter is urgent.

Judge Letty Molopa-Sethosa has started handing down her ruling.

The judge has just walked in.

After the Constitutional Couty upheld the personal cost order against her, an organisation called Democracy in Action started raising funds to help her pick up the hefty tab.

It is also making use of crowdfunding platform Thundafund to spread its message.

In its statement on Thundafund, the organisation says the ConCourt's ruling is "unfortunate" and sets the wrong precedent for Mkhwebane, other Chapter 9 institutions and Mkhwebane's successors.

"This (the ruling) means that they will not be able to do their job without fear anymore."

Responding to queries about the crowdfunding effort to help the Public Protector, her spokesperosn Oupa Segalwe told Fin24 that the organisation had acted on its "own initiative".

Mkhwebane is seeking advice from her legal team "on the propriety" of accepting the donation from Democracy in Action, he added.

The Constitutional Court, meanwhile, in July upheld a personal cost order against Mkhwebane, saying she had put forward a "number of falsehoods".

The court agreed with the North Gauteng High Court that her entire Absa/Bankorp investigation was flawed, and that she was not honest during her investigation.

While it’s not clear how much money she will have to pay, legal experts say it is likely to run into hundreds and thousands of rands.

The court is still waiting for the judge to arrive.

The public protector has been involved in a number of recent court actions related to her findings. While she has come under scrutiny for repeatedly investigating Public Enterprise Minister Pravin Gordhan, Mkhwebane has said she acts without fear or favour.

Earlier in August Fin24's Ferial Haffajee wrote about her latest investigation, into whether whether or not SARS commissioner Edward Kieswetter has the requisite qualifications for his role.

The ruling has not yet commenced.

EFF spokesperson Mbuyiseni Ndlozi is in court to hear what Judge Letty Molopa-Sethosa has to say.

The EFF last week joined the public protector in arguing against Ramaphosa's application.

Judge Letty Molopa-Sethosa is expected to start delivering her ruling at 10:00 on Thursday.

Arguments were heard last week.
Everything you need to know about Ramaphosa vs. Mkhwebane ahead of the court ruling

The Gauteng High Court in Pretoria will on Thursday rule on the urgent application brought by President Cyril Ramaphosa against the public protector in the matter relating to Public Enterprises Minister Pravin Gordhan and former deputy tax boss Ivan Pillay.