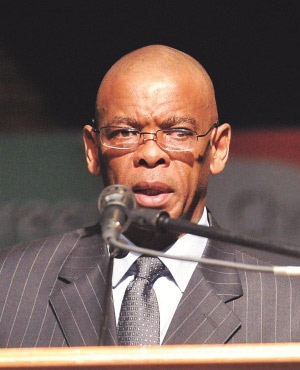 Finance Minister Tito Mboweni says he will read and study the book Gangster State, which places ANC secretary general Ace Magashule at the centre of a state-capture network while he was premier of the Free State. The ANC has condemned the book.

The minister on Tuesday evening tweeted that the book - which has the full title: Gangster State: Unraveling Ace Magashule’s Web of Capture - makes readers jump to a conclusion before actually reading the book.

He promised an opinion on the book, authored by investigative journalist Pieter-Louis Myburgh, by Monday.

I purchased this book today. The tittle forces the reader to a conclusion before reading the book. I will be done reading and studying by Sunday. Opinion on Monday. pic.twitter.com/iKhRfwsehH

I must say that from a conceptual and intellectual viewpoint, I find books which force me to agree with the author’s conclusions a priori very disappointing. Tell the story and let me conclude in my own understanding of the facts. pic.twitter.com/NzKibNIdec

Meanwhile the ANC has questioned the timing of the book's release ahead of national elections, News24 reported.

"These fake news stories, and the dubious book that they are based on, are timed for publication barely a month before our national elections in order to try and inflict the maximum damage against the Secretary General of the ANC. It is evidently the opening propaganda salvo, in a carefully planned Stratcom operation to unfold in the coming days and weeks against comrade Magashule and the ANC, using the launch of Myburgh’s book today, and the lies that it peddles, as the basis for a vicious character assassination campaign," spokesperson Dakota Legoete said in a statement.

The book's publisher, Penguin Random House, has said it will not withdraw the book amid political pressure, News24 reported.

Related Links
Mboweni wants to build on 'interconnectedness' of Southern Africa
Mboweni: Sanral must reverse 'very bad' decision on e-toll debt
Mboweni warns of elevating 'state ownership to a religion'
Share
Next on Fin24
Futuregrowth: SA is in a 'debt trap twilight zone'