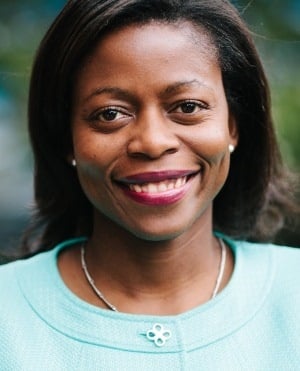 Before jetting off to London on Monday evening for a Commonwealth Heads of Government Meeting, President Cyril Ramaphosa announced that SA would host a major investment conference by the end of September to attract $100bn (R1.2trn) in investment over five years.

The president also took the opportunity to announce the names of five people tasked with seeking out and meeting with investors before the conference kicks off. Four are special economic envoys, while one - economist Trudi Makhaya - has been appointed as Ramaphosa’s economic adviser.

The plan to bring together a convention of South African and foreign investors was first publicly laid out by Ramaphosa in mid-February during his State of the Nation Address.

“After several difficult years, South Africa is emerging as an increasingly attractive destination for investment,” said Ramaphosa on Monday evening at OR Tambo International Airport.

While the president did not spell out the full brief of his new economic adviser at the media conference, one of her first orders of business will be to coordinate the work of the president’s four new investment envoys and plan a series of investment roadshows in preparation for the conference.

A new capitalism out of Africa? Makhaya is the CEO of Makhaya Advisory, and a former deputy commissioner at the Competition Commission of SA. A Rhodes scholar, she has postgraduate degrees in business and economics from Oxford University and the University of the Witwatersrand.

Makhaya is also an opinion columnist for Business Day and her byline has appeared in numerous publications.

Writing in the quarterly business journal of the Gordon Institute of Business Science, she argued that, for capitalism to succeed on the continent, countries need to shape its course by imbuing it with a unique African character.

“For too long, capitalism in Africa has been dictated from the outside. It is time for African countries to shape this system for their own ends,” she wrote.

“This is difficult to do in a world that globalised under the Anglo-American way but it is not impossible. Asian societies such as South Korea and Singapore have been able to infuse capitalism with their own values and preferences.”

Makhaya has not stepped back from criticising the state, particularly around its poor implementation of policy.

“Government’s ability to effect change in the economy has also been hampered by poor implementation and weak systems of accountability,” she wrote in a more recent Acumen article.

“The poor performance of the education and health systems reflects government’s weak capacity and lacklustre oversight by Parliament.”

She has also argued that business schools should become more involved in the practicalities of problem solving in the public sphere.

“The comfort zone for most business schools is to engage with problem-solving in the private sector,” she wrote. “Their thinking can help to break institutional inertia and to bring innovation into the public sphere.”