No comment, Treasury says on Gupta's 'job offer' to Jonas 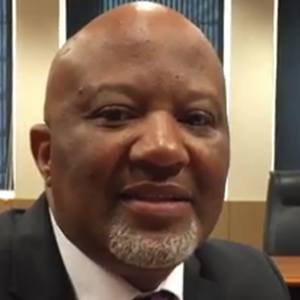 Johannesburg - Treasury has refused to comment on reports that Deputy Finance Minister Mcebisi Jonas met with the politically-connected Gupta family to discuss whether he wanted the top job in the ministry.

This follows a report by Financial Times claiming that the Gupta family met with Jonas a few weeks before Nhlanhla Nene was removed as finance minister, offering him the job, however Jonas turned them down.

Shortly after the supposed meeting, President Jacob Zuma removed Nene from the post and replaced him with ANC backbencher Des van Rooyen.

When News24 contacted the deputy minister's office for comment, questions were referred to Treasury's media office.

"No comment," was Treasury's response to questions regarding the report.

The Financial Times reported that the Guptas had denied that they asked Jonas if he wanted the job at the meeting held at the family home.

This is not the first time the Gupta family, who are said to have strong ties with Zuma and other ANC leaders and ministers, have been accused of trying to influence key appointments in government.

It is understood that even some within the ruling party are concerned about the influence the family wields.

Last year, during a Cabinet reshuffle, Zuma replaced Mineral Resources Minister Ngoako Ramathlodi with another MP Mosebenzi Zwane, who was said to have ties to the Gupta family.

Ramathlodi was moved into the late Collins Chabane's portfolio of Public service and Administration.

Zwane reportedly played a role in the private jet carrying guests for a Gupta wedding in Sun City, landing at Waterkloof Airforce Base in 2013 and when he was Free State agriculture MEC his department reportedly introduced a multimillion-rand dairy project in the province, also with ties to the family.

The Democratic Alliance on Thursday called on Jonas to break his silence and publicly clarify whether he met with the Gupta family to discuss the position of finance minister.

"The Deputy Minister’s best move would be to make a public statement, rather than zigzagging his way around the hard questions," DA shadow finance minister David Maynier said in a statement.

He said he would submit parliamentary questions probing the allegation.

Related Links
Growing chorus of dissent against Guptas
Zuma’s son took stake in Tegeta 3 wks before Optimum buy
Molefe on Eskom coal deals probe: We have nothing to hide
Share
Next on Fin24
SA is deindustrialising and Eskom is part of the problem, says Nersa member