Partial privatisation of SOEs on the cards 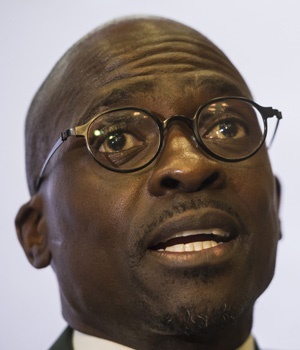 Johannesburg – Finance Minister Malusi Gigaba announced that partial privatisation of state-owned enterprises (SOEs) are on the agenda to revive the economy.

Gigaba was speaking at a briefing at the JSE on Thursday about a 14-point action plan, following engagements with the president and several ministers as well as stakeholders such as ratings agencies and investors.

The plan addresses several concerns related to the recession and its impact on the fiscal framework, the financial position of state-owned enterprises and policy uncertainty and low business and consumer confidence.

Among the action items include the recapitalisation of SOEs and government guarantees. This involves the disposal of non-core assets which should be finalised by the minister in March 2018.

Treasury will conduct an audit on “non-strategic” assets of SOEs, to strengthen SOE balance sheets.

An extensive discussion will be held of the audit at Cabinet level, said Gigaba. The strengthening of balance sheets will create social stability, he said. “What we commit to as National Treasury, is we are going to do an audit and have an audit done by March 2018.”

Jeffrey Schultz, economist at BNP Paribas expects non-core assets at SAA and Eskom to be considered. “Though given the highly politicised and, arguably, strategic nature of both of these entities, we would be surprised if the government pushed ahead with meaningful privatisation plans for both of these entities,” he said.

The minister aims to finalise the recapitalisation of South African Airways (SAA) and South African Post Office by August 2017. A CEO of the airline is to be named by the end of July, he said.

The issuance of government guarantees particularly will be addressed by Cabinet in October 2017. “I have raised concerns that the government guarantees need to strategically be used to support infrastructure, investment and capital expansion rather than to finance operations and losses and inefficiencies in the SOEs.”

Cabinet will also set up consequences for SOEs that do not fulfil guarantee conditions, he said.

Gigaba said that broader SOE reforms will be introduced. This involves the development of a private sector participation framework. This is to be finalised by March 2018, by the minister. He will also implement a framework for the determination and costing of developmental mandates.

A remuneration framework must also be developed and implemented by public enterprise minister Lynne Brown by March 2018. The minister is also expected to table the draft Shareholder Bill. The bill will soon be released to the public for comment, said Gigaba.

The board appointment framework is to be finalised by the Minister of Public Service and Administration Faith Muthambi.

“This is important for the standardisation across the SOE environment,” said Gigaba. There needs to be a “common understanding” of procedures to be followed in the appointments of board members and their term of office, he explained.

The plan also calls for the development of the Private Sector Participation (PSP) Framework , projects are expected to be approved by March 2018.

Gigaba will consult with SOEs on the costing of the developmental mandate, by August 2017. The implementation will be monitored through quarterly and annual reports and corporate plans.

Eskom is to receive “soft support” until the tariff adjustment in 2018. Eskom is to approach the National Energy Regulator of South Africa (Nersa) to relay its “hardship”.

The soft support comes as the power utility’s balance sheet has weakened, explained Gigaba. “There is urgency for us to provide assistance.”

“The department of energy will unveil the interim mechanisms that are required in this regard to support Eskom until the next tariff application,” said Gigaba.

But Schultz said the soft support was the biggest concern of the entire plan. This suggests more drawdowns from the existing R350bn guarantee facility. “In our view, such a decision would just make the Treasury's growing contingent liability risk on its balance sheet more real and, therefore, is unlikely to sit particularly comfortably with ratings agencies.”

The plan stated that the lowest cost Integrated Energy Plan (IEP) and Integrated Resource Plan (IRP) and are to be finalised by the Energy Minister Mmamoloko Kubayi, in February 2018.

Other action items include the review the level of participation of black industrialists and to develop a strategy to increase it. The pace and scale of roll out by Eskom in light of its hardship and overcapacity, for the years up to 2021 must also be reviewed by August 2017.

We live in a world where facts and fiction get blurred
In times of uncertainty you need journalism you can trust. For only R75 per month, you have access to a world of in-depth analyses, investigative journalism, top opinions and a range of features. Journalism strengthens democracy. Invest in the future today.
Subscribe to News24
Related Links
Gigaba unveils 14-point action plan to revive economy
Gigaba unveils 14-point action plan to revive economy - as it happened
Gigaba: Public Protector can’t remove finance minister’s Reserve Bank role
Next on Fin24
Massive CCMA budget cut will hurt workers, say unions