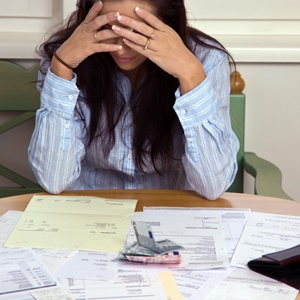 Consumers are feeling the price pain on so many fronts that they are likely to buckle if this carries on for much longer, economist Mike Schussler told Fin24.

"When the consumer buckles we are likely to see further economic decline; 2016 will be a very difficult year."

Diesel rose by 98 cents a litre, illuminating paraffin by 76c/l and liquefied petroleum gas (LPG) by R1.10 per kilogram.

Added to this, Eskom’s new electricity tariffs kicked in at the beginning of this month, another blow for consumers who are already facing high inflation.

"This is the direct impact only and with the electricity price hike we are going to see inflation remain close to 7% in April.

"The indirect impact will be far smaller but perhaps enough to add more to current food prices in the coming year as much of our food will now be imported due to the drought and (because) transport to the major economic hub Gauteng will be by road," he explained.

"I think that the consumer will now start feeling all the extra pressure from higher food prices due to the drought, and the petrol and electricity hikes will just add to the slowdown of consumer spending."

Drawing up a budget will help

Debt expert Neil Roets told Fin24 it is important that consumers start setting up a budget.

"Here they must take into account their income, deductions and necessary living expenses to establish what they have remaining to pay towards their debt," he explained.

"This is also where they can see where they might be able to make cuts where necessary. If at this point they cannot meet their monthly debt commitments, they are over-indebted."

Roets added that embattled consumers shouldn't wait until it's too late to seek help from a debt counsellor.

The City of Cape Town, the City of Johannesburg and Ethekwini Municipality have also released draft policies for rates and tariff increases for the year.