Protectionist policies not enough to save SA poultry 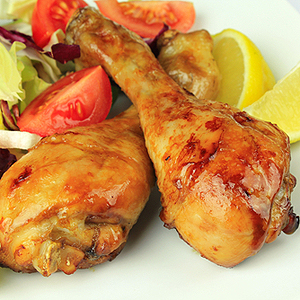 Chicken, which is the major source of protein for the majority of South Africans, has been at the centre of a bitter fight between South African farmers and importers.

Local chicken producers insist European Union countries and the US are dumping chicken legs, thighs and wings on South Africa at below cost price. They say this is threatening the demise of the chicken industry.

Major chicken producer RCL Foods, which owns the Rainbow and Farmer Brown chicken brands, warned it would have to let more than 1 300 workers go and shut down various farms in Hammarsdale in KwaZulu-Natal owing to unfavourable conditions in the industry.

The government has added a temporary 13.9% “safeguard duty” in a bid to rescue the industry. The tariff will be in force until July 3, but there are calls for a higher tariff to be applied and for an extended period.

A need for sustainable solutions

Although the government has moved to tighten regulations, protectionist policies alone will not fix the local industry since it faces pressure from different fronts.

"Producers with large balance sheets will survive but the smaller players will be forced to wind down or face the risk of being swallowed," agricultural economist at FNB Paul Makube told Fin24. "This is not good for the emerging sector."

He said SA poultry producers are struggling to sustain their operations because they are exposed to the world market and are therefore price-takers. "Price-takers are individuals or companies that must accept prevailing prices in a market, because they lack the market share to influence prices on their own," he explained.

"Poultry imports largely constitute the darker meat cuts which are less consumed in the Western world and sold at huge discounts to receiving countries such as South Africa. Their white meat is well priced in the market to cover the cost of production per bird, therefore the darker meat (leg quarter in particular) is considered a waste."

He said another factor has been the mighty bargaining power of supermarket chains, which use chicken as a loss leader to drive feet into their stores.

"The availability of the cheaper imported product makes it easier for them to achieve this objective, thereby putting pressure on local producers to lower their prices."

It's all in the feed

Makube said the local product also competes against nations operating from a low cost basis, as they are net exporters of maize and soybeans used in poultry production.

The 2015/16 drought, described as the worst drought on record, also raised the input costs in broiler operations while chicken prices remained relatively stagnant; this resulted in reduced producer margins.

"Maize, which constitutes about 65% to 70% of broiler feed, had its production halved to 7.5 million tonnes. Prices responded accordingly, rising from about R1 800 per tonne to over R5 000/t," said Makube.

On a much more positive note, Absa senior agricultural economist Wessel Lemmer told Fin24 lower feed costs in the coming months as a result of a recovery in growing conditions for maize and soybeans are expected to substantially benefit the poultry industry.

"We expect the industry to start to recover, and profitability to improve."

He noted that in some instances, the profitability of poultry producers has been negatively affected as a result of the continued use of outdated poultry plants and costly production systems.

"The industry needs to shed some of its inefficient operations and keep up with the latest technology and production process," said Lemmer.

Makube said in his view, nothing stops South Africa from exporting poultry except steep competition from low cost producers.

"Local producers run efficient operations and are only constrained by lack of access to low feed ingredients. Feed is a major issue and support is needed for the whole value chain and not necessarily at one end."

"The export market requires a different product, which means we should investigate the viability of a value chain offering export-orientated products."

"One area we can start with is raising our expenditure on agricultural research. For instance, our research expenditure in this sector falls far behind that of our competitors."

He said spend on agricultural research has declined significantly since the early 1980s.

"Our spending on agricultural research lags behind that of Namibia and Botswana. We also spend less than Morocco and Nigeria on research for agriculture. Increased research could play a part in coming up with solutions that agricultural industries face, and could lead to their improved competitiveness," he suggested.

Lemmer said at a broader level government could also do much more to support the industry, especially in determining why SA's industry is not competitive in terms of imports and how other countries support their industries.

"The competitiveness of our poultry industry must be on a par with those in other countries."

An inter-ministerial task team, charged with undertaking a comprehensive review of the poultry industry, is expected to have a briefing in Parliament this week.