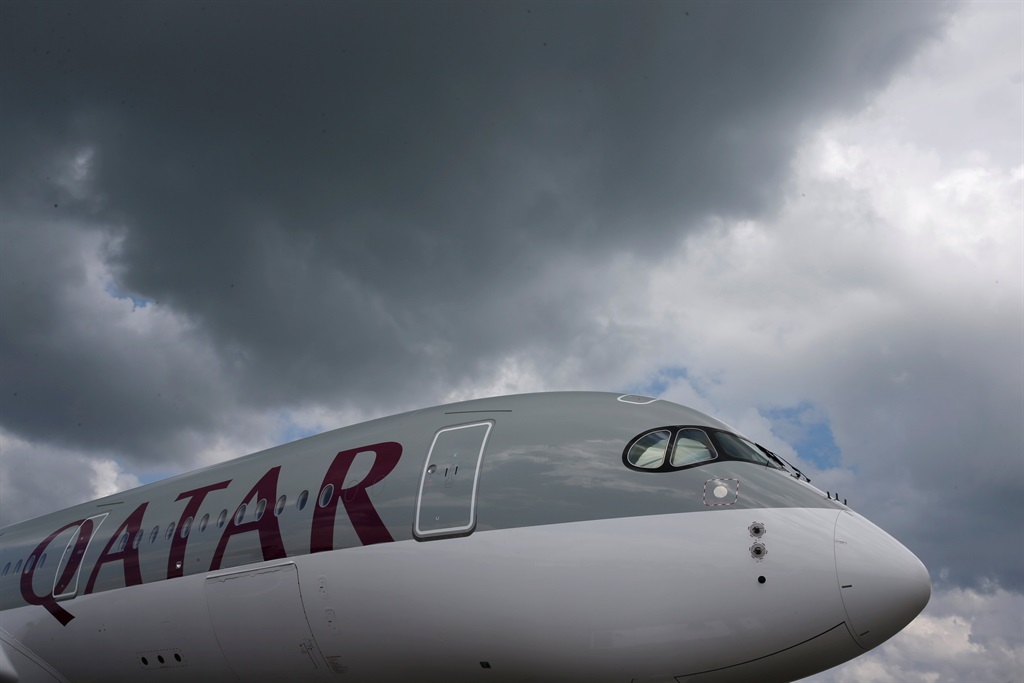 The two companies have been locked for months in a dispute over deterioration to paint and anti-lightning protection on the long-haul jets, which Airbus has acknowledged needs attention while insisting it does not put safety at risk.

Qatar Airways hit back with the first official images of jets grounded by its national regulator in a bid to keep the spotlight on technical matters after Airbus accused the state-owned airline of engineering the dispute to obtain compensation.

The dispute has led to the grounding of 21 planes out of 53 A350s operated by Qatar Airways and cast a pall over the airline's preparations for the World Cup later this year. The airline says it needs planes to accommodate thousands of fans.

It has also prompted Qatar Airways to exclude Airbus from a multi-billion-dollar deal to replace almost three dozen freighters, which is expected to go to rival Boeing and could help bolster ties with Washington in an upcoming visit.

Qatar Airways is pressing for compensation of $618 million plus $4 million a day and halted taking new A350 deliveries. Airbus has said it will fight the claim in full.

In the video lasting just over a minute and a half released on YouTube, Qatar Airways showed rows of defects on the skin of some of the A350s grounded by the country's regulator.

Airbus has said there is "no reasonable or rational basis" for the groundings, which have not happened elsewhere.

The clip showed areas of peeling or missing paint, cracks and damage to anti-lightning protection, as well as what the airline described as patches of carbon-fibre that were exposed to moisture and potentially damaging ultra-violet light.

The lightweight carbon-fibre jetliner relies on metallic foil embedded beneath the paint to help lightning wash safely over the fuselage, which is less conductive than earlier metal.

Lightning strikes jetliners about once a year.

The video showed flakes of the copper-mesh anti-lightning system, which is supposed to be fixed to the plane with resin, coming loose when paint was teased away by a gloved hand.

The investigation showed that at least five other airlines had reported A350 paint or skin flaws since 2016, well before Qatar raised concerns in November 2020 when an attempt to repaint a jet in World Cup livery exposed some 980 defects.

"We continue to strongly believe that Airbus must undertake a thorough investigation of this condition to conclusively establish its full root cause," Qatar Airways said.

Airbus has said that it is looking at changing the design of anti-lightning mesh for future A350s, but insists there is adequate backup lightning protection. It says Qatar is undermining global protocols by seeking leverage over safety.

The question of whether a "root-cause analysis" exists is part of a UK court case due for a hearing in late April.

Airbus says it has provided the relevant information and concluded that there is no airworthiness risk, a view echoed by Europe's air regulator.

The jet video capped 24 hours of intense exposure for the usually secretive aviation world after Airbus took the rare step of revoking a separate Qatar order for smaller A321neos.

Qatar Airways indicated it would fight the move, saying it was upholding all its current contracts. The jet has been a major success for Airbus which faces problems in keeping up with demand. "The opportunity cost to Airbus (of cancelling) is zero; it may even be convenient," said consultant Bertrand Grabowski.

We live in a world where facts and fiction get blurred
In times of uncertainty you need journalism you can trust. For 14 free days, you can have access to a world of in-depth analyses, investigative journalism, top opinions and a range of features. Journalism strengthens democracy. Invest in the future today. Thereafter you will be billed R75 per month. You can cancel anytime and if you cancel within 14 days you won't be billed.
Subscribe to News24
Next on Fin24
Ukraine conflict squeezes South Africa's citrus exports to Russia