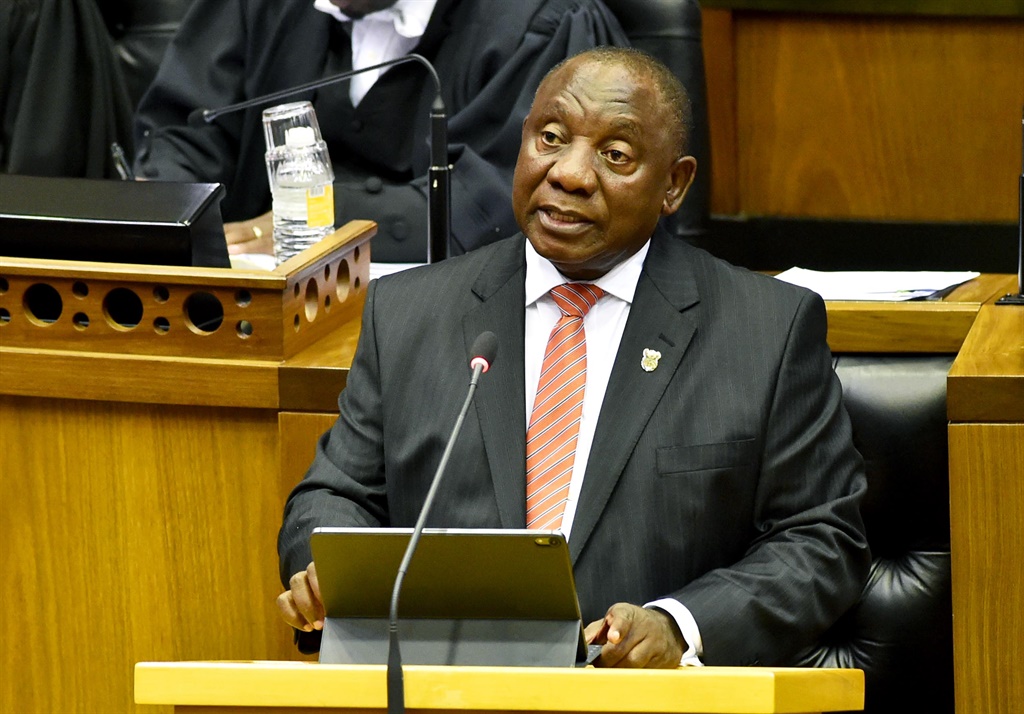 Government will roll out an ambitious public employment programme as part of its efforts to revive SA's economy in a way that is also inclusive, according to President Cyril Ramaphosa.

Such public employment programmes have been adopted by several countries in the developing world such as India and Ethiopia, the president noted in his weekly newsletter. "We have to get as many of our people as possible working again," he said.

Last week Ramaphosa unveiled his long-awaited economic recovery plan which aimed, among other things, to create and support over 800 000 jobs in the short term as a response to severe job losses caused by the lockdown. The Presidential Employment Stimulus, released alongside the economic recovery plan, involves public investment of R100 billion over the next three years, he said.

Second quarter employment figures reflect that 2.2 million jobs were shed as a result of the lockdown – which affected those in the informal sector more harshly. In his newsletter, Ramaphosa said public employment could create jobs at scale in the short term, while markets recover from the impact of the lockdown and create "social value".

He referred to similar public works programmes undertaken by the US, after the Great Depression in the 1930s. "This was not just a stimulus, but also promoted social participation and inclusion," said Ramaphosa.

The president said public employment programmes have the potential to direct investment to local economies, reach poor areas first, support local small enterprises, and, eventually spread to the wider economy. Importantly they promote social participation and inclusion – allowing communities to "change their lives as they undertake new forms of work". The state's resources are used through these programmes to respond to community needs, he added.

"It is progressive, because it offers social protection and income security to those who face destitution because they are unable to find work. It is an investment in the future, in that it supports the broader economic recovery agenda by urgently getting our people to work on improving our national and municipal infrastructure."

Ramaphosa said that the skills acquired through the programme would better equip beneficiaries to secure formal employment. "The experience gained is also a pathway to entrepreneurial activity. Participants will improve their skills and capabilities to start their own businesses, and can use the steady income provided by public employment to branch out into other income-generating activities."

The president argued that the goals and targets were realistic, while departments and stakeholders would be "rigorously" assessed to make sure they have capacity to implement the plans.

"The employment stimulus is not about vague commitments for some time in the future, but about jobs being created right here and now," he said. He added that recruitment would be "fair, open and transparent".

In a statement issued last week, following the tabling of the economic recovery plan in Parliament, the Congress of South African Trade Unions (Cosatu) raised concerns that the 800 000 jobs target may be "inadequate".

"More work is needed here and in particular as to what the private sector is going to do to prevent retrenchments and to ramp up jobs," said Cosatu's parliamentary coordinator Matthew Parks. "The state must absolutely prioritise sustainable employment creation, which combines economic development with an expansion in decent work," he added.

The labour federation has put forward that sector-specific strategies should be developed to restructure the economy in a way that is equitable and can achieve job creation. "A critical task is to identify industries that are both relatively labour intensive and sustainable - that is, able to grow substantially for the foreseeable future. These sectors need considerable state support to make sure that they grow and achieve equitable outcomes," said Parks.

Cosatu also criticised the plan for minimalising the role of the state in driving development. "Our current problems emerged out of a misguided philosophical argument that favours a limited state role in the economy and society… The economic recovery plan does not address issues of redistribution and inequality, it lacks any systemic attempts to ensure that growth of whatever percentage does not perpetuate inequality," said Parks.

We live in a world where facts and fiction get blurred
In times of uncertainty you need journalism you can trust. For only R75 per month, you have access to a world of in-depth analyses, investigative journalism, top opinions and a range of features. Journalism strengthens democracy. Invest in the future today.
Subscribe to News24
Related Links
Recovery plan shows Ramaphoria no longer a stand-in for tough reforms - economists
ANALYSIS | Ramaphosa looks to crack Gordian knot of parastatals in recovery plan
The top 4 economic lifelines Ramaphosa has planned for SA
Next on Fin24
Govt now wants wage dispute hearing with public sector employees postponed to February See all newsletters
Voting Booth
Have you claimed the interest on your rental deposit?
Please select an option Oops! Something went wrong, please try again later.
Yes, and I've gotten it.
21% - 365 votes
No, I did not.
51% - 880 votes
My landlord refused
28% - 473 votes
Previous Results
Covid-19 Money Hub
Covid-19 Money Hub - answering your business and money questions during the crisis