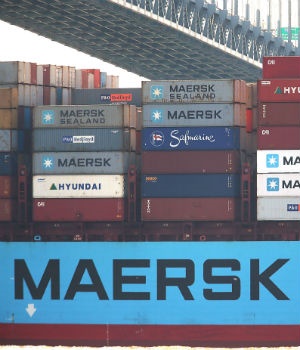 A weaker oil price in August, together with a solid jump in mining exports, helped to push SA's trade balance from a deficit to a surprisingly large surplus.

South Africa exported R6.84bn more than it imported in August, the SA Revenue Service reported on Monday. This was much better than expected: The consensus expectation among economists was for a surplus of R1.2bn.

But July's trade deficit was even worse than previously thought: SARS said SA imported R3.72bn more than it exported, from the previous estimate of R2.88bn.

Exports rose by 8.4% from July to August to R122bn, while imports were down 1% to R115bn. The lower imports number was due in part to cheaper oil prices, which helped to lower the import cost of mineral products by 12%.

Exports of mineral products (including petrol) rose by 18%, followed by precious metals and stones (10%), machinery and electronics (+11%), vehicles and transport equipment (+4%) and vegetables (6%).

Investec economist Annabel Bishop cautioned that the latest figures do not yet capture the higher oil price following the recent damage to Saudi production.

Earlier this month, ten drones struck two Saudi oil facilities – which affected half of that country’s oil output, or 5% of the world’s oil supplies. This triggered a record spike in the oil price, which jumped by 20% in a single session.

September has seen the rand oil price rise to R925/bbl to date, well up on the average in August of R904/bbl, Bishop said.

She said that the African Continental Free Trade Area (AfCFTA) provides an opportunity for South Africa to diversify its exports, offering a market with 55 member states, a market of 1.2bn people and a combined GDP of US$3.4trn.

"This is key as SA exports have declined as a share of world trade (global exports) as SA has lost competitiveness, with a drop in the ease of business versus a decade  ago, and rising costs of doing business. The impact of the US Sino trade conflict has seen economic growth weaken in key areas SA trades with, weakening growth in SA in turn," Bishop said.

For the year to date, South Africa record a trade deficit of R850m, compared to a surplus of R4.67bn for the same period last year.

We live in a world where facts and fiction get blurred
In times of uncertainty you need journalism you can trust. For only R75 per month, you have access to a world of in-depth analyses, investigative journalism, top opinions and a range of features. Journalism strengthens democracy. Invest in the future today.
Subscribe to News24
Related Links
WATCH: Boris Johnson refuses to stop dubbing anti no-deal Brexit law 'surrender act'
SARS branches open on Saturdays in October in push to meet tax deadlines
Steinhoff changes Pepkor Europe’s name
Next on Fin24
National Treasury policy document warns new coal value may mostly be 'short term'