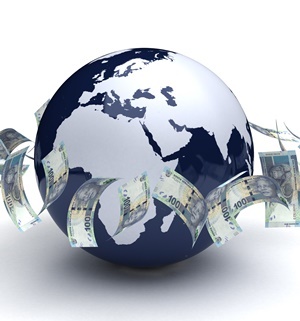 Kigali - South Africa is one of 44 African countries to sign a declaration on establishing a free trade region in Africa.

President Cyril Ramaphosa signed the Kigali Declaration on the establishment of the African Continental Free Trade Area (AfCFTA) at the 10th Extraordinary Summit of the Assembly of the African Union in Kigali, Rwanda on Wednesday.

The Presidency tweeted that the signing of the declaration by Ramaphosa is subject to the conclusion of all outstanding issues that form an integral part of the agreement.

AFP reported that the signing of the agreement establishing a free trade area is seen as vital to the continent's economic development, according to the head of the African Union.

"The agreement establishing the CfTA was signed by 44 countries," said Moussa Faki Mahamat, chairperson of the AU commission.

Bloomberg reported earlier that years of talks were expected to culminate in the creation of the almost $3trn African trade bloc.

AFP reported that the creation of a free trade area - billed as the world' s largest - comes after two years of negotiations and is one of the AU's flagship projects for greater African integration.However, the agreement will still have to be ratified at a national level.

"Some countries have reservations and have not finalised their national consultations. But we shall have another summit in Mauritania in July where we expect countries with reservations to also sign," Albert Muchanga, the AU commissioner for trade and industry, told AFP.

Bloomberg reported that President Muhammadu Buhari of Nigeria, which together with South Africa makes up half of Africa’s gross domestic product, canceled his trip to Kigali, saying his government needs more time for input from local businesses before he can sign the pact.

Ugandan President Yoweri Museveni also called off his travels to neighboring Rwanda, the Nairobi-based East African newspaper reported on Monday, according to Bloomberg.

The signing of the Declaration by South Africa is subject to conclusion of all outstanding issues that form an integral part of the Agreement. #AfCFTA2018 pic.twitter.com/6cNWu2TdK1

President Cyril Ramaphosa signs the Kigali Declaration on the establishment of the African Continental Free Trade Area at the 10th Extraordinary Summit of the Assembly of the African Union in Kigali, Rwanda. pic.twitter.com/Cn8V7wF79P