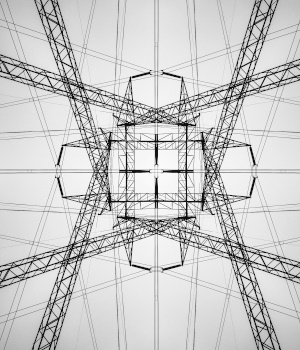 In May 2019, South Africa is recovering from election fever and fixing a beady eye on the government that will be in the driving seat for the next five years.

Some 12 000km away in Gima, Sweden – population approximately 22 000 – lie two Sandvik plants. The engineering group, which specialises in tooling, materials technology, mining and construction, employs some 42 000 people in 160 countries. This includes over a quarter of Gima's residents.

The group is also responsible for the town's only school, which feeds 57% of its graduates back into Gima's plants.

Sandvik – home to one of nine "lighthouse" smart factories identified across the globe by the World Economic Forum for being leaders in Industry 4.0 – is co-hosting the Digital Difference in Manufacturing convention with Microsoft.

The convention is being held in Gima and Sandviken. And in Sandviken, a slightly larger town named after the company, a question Fin24 has asked during an interview has just been answered with another question.

How will South Africa achieve its Industry 4.0 goals without electricity?

The interviewee is Magnus Ekbäck, VP Strategy & Business Development at Sandvik. Ekbäck oversaw the sub-Saharan Africa region in a previous position, and is no stranger to load shedding.

The question Fin24 had asked was around addressing the skills gap presented by 4IR.

For Ekbäck, questions regarding the skills gap exist for SA, but much further down the road. Put bluntly, in his view, there's little point training the workforce to design or operate a machine that won't be switched on.

His concerns over the impact of electricity shortages on SA's adaptation to digitalisation in manufacturing first reared their head several years – and several rounds of load shedding – ago.

"Should we talk about digitalisation when there are fundamental things to sort out?" he asks today.

"You cannot go from crawling to running. You have to build the platform before you get to implementation.

"I am not sure there is a shortcut."

Economists have estimated that overall, load shedding costs the economy anything from R1bn to R2bn per day.

Meanwhile, SA's manufacturing industry has faced a period of steady decline and mounting job losses. Absa's Purchasing Manager's Index has been below 50 every month this year, marking its worst start since 2009, Bloomberg recently reported.

Yet manufacturing in SA is described by the World Bank as the highest job multiplier of any sector. It was one of the few sectors to record an increase in jobs in the first quarter of 2019 – despite being flagged by Nedlac as one of the sectors at risk of job losses due to automation.

It makes up around 14% of the country's GDP.

In 2018, it rebounded somewhat, StatsSA reported, but the first quarter of 2019 saw it once again hit by load shedding, high fuel prices and a sharp increase in producer price inflation in March.

Internationally, the sector is facing rapid shifts, influenced by both the sudden maturing of a range of technologies and a cultural shift that has meant consumers, employees and business partners increasingly demand greater responsiveness, efficiency and sustainability.

"Today, what most of us have in a smartphone is more capable than what we had in a desktop 10 years ago," Ekbäck explains.

"In our private lives we are used to massive amounts of information that is available immediately. We are living this way." Businesses, too, must have fast and sophisticated data analysis available in order to remain competitive.

When it comes to Industry 4.0, SA – like the rest of Africa – has its work cut out. The continent's population is expected to double by 2050. Its urbanisation rate is the fastest in the world.

An estimated 122 million people are expected to enter the African job market by 2020, but there is a continued shortage of STEM-related skills among the continent's youth. Less than 1% of high-school graduates have any coding skills.

Across the continent, there is an unprecedented need for production, but Ekbäck notes an additional factor likely to affect the rate of transition to digital processes: the cost of mechanisation versus how workers are paid.

In either scenario, SA faces a dual challenge: both infrastructure and human resources. At the convention, Siemens Chief Digital Officer Christian Sonderstrup argued that 4IR offers an ideal opportunity for South Africa to ramp up its renewable energy offering.

But at present, some 90% of the country's energy still comes from coal.

In his earlier presentation at the convention, Ekbäck described the skills gap, even in highly developed economies, as a "challenge". Here, the challenge does not lie in lack of access to education or technologies, but in development simply being too rapid to keep up.

"Can you find new people fast enough [to address skill shortages], or replace them with the technology required?" Ekbäck asked.

Across the board, he believes the private sector has a critical role to play.

For South Africa, he suggests that corporates take the lead, particularly multinationals. Large, well-resourced companies or groups may "lead the way" in digital skills development, he argues. It's targeted - making it a win for companies - and can rapidly fill knowledge gaps.

"This is much faster than starting in primary school, which will resolve the problem only in the next generation," he says.

At Sandvik, this approach has proved somewhat successful. As one panellist noted, "We can scream from the boardrooms all we like, but if employees do not know how to do what is required, nothing will happen."

Sandvik has examined its leadership model, opting for a flatter structure. Knowledge is democratised. Training and skill building are approached forcefully, both outside and within the company. And peer learning is enforced. There are internal digital transformation targets set for each employee, and each worker has a Digital Buddy to assist them.

This has been essential, Ekbäck says, because of the speed at which change is occurring.

"The 3rd industrial revolution began 50 years ago. It won't be another 50 years till the 5th," he explains.

In fact, one of his colleagues – a tour guide at the Gima plant – believes Industry 5.0 has already begun, quietly, while parts of the world are still waking up to version four.

But in the meantime, for SA, it's one more critical area waiting for an answer to the energy question.

*Fin24 was hosted by Microsoft and Sandvik in Sweden.

We live in a world where facts and fiction get blurred
In times of uncertainty you need journalism you can trust. For only R75 per month, you have access to a world of in-depth analyses, investigative journalism, top opinions and a range of features. Journalism strengthens democracy. Invest in the future today.
Subscribe to News24
Related Links
We need to get our 'house in order' to fix our 'brokenness' – Eskom exec in leaked memo
Ramaphosa's 3 key post-election investor issues
Eskom's turnaround imperilled as debt approaches R500 billion
Next on Fin24
WATCH | South Africans to fork out more tax for booze, tobacco

See all newsletters
Voting Booth
Have you claimed the interest on your rental deposit?
Please select an option Oops! Something went wrong, please try again later.
Yes, and I've gotten it.
21% - 1003 votes
No, I did not.
52% - 2505 votes
My landlord refused
28% - 1341 votes
Previous Results
Covid-19 Money Hub
Covid-19 Money Hub - answering your business and money questions during the crisis