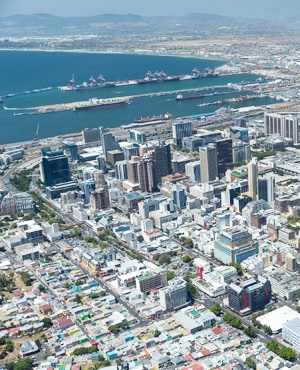 Cape Town – The Western Cape has a bold mission to make its service sector a dominant export item into Africa.

That is according to Wesgro chief research officer Cornelis van der Waal, who spoke to Fin24 after the release of Wesgro’s Africa trade and investment springboard report on Thursday.

Wesgro is a local government entity that promotes trade and tourism investment for Cape Town and the Western Cape.

Its report reveals that agriculture makes up less than 5% of the Western Cape economy, but accounts for the majority of exports.

“Africa is still the largest opportunity for Western Cape exports worth an estimated R45.13bn in 2016,” the report explains.

Van der Waal said the Western Cape needs to treasure its agricultural sector. “We need to look after our farming sector and water resources,” he said.

While this is nurtured, the province will continue to position the service industry to become one of the leading export items. “The core of our economy is the service industry as it makes up 75% of the economy,” he said. “We need to be exploiting these services into Africa.”

Van der Waal said Wesgro has assisted 2 500 companies in the last two years in a bid to help them export their services into Africa.

“We have an outward mission to take them to a market where there are services and we help them link up,” he said.

“This is demonstrated by the four largest sectors for global inward FDI into the province over the decade, namely business services, software and IT services, financial services and communications.

“The growth in the services sector is an indication of the sophistication and growth in the number of businesses in the province.”

“Software publishers, internet publishing and broadcasting and web search, advertising and PR as well as all other electrical equipment and components were the largest subsectors for Western Cape in terms of inward FDI between 2006 and 2016.”