What you can expect to earn with a matric and beyond Cape Town – South African youth who stay in school for longer have much better salary prospects than those with limited schooling, said Analyico – a company that provides earnings analysis in South Africa.

“Based on our research, for South Africa to overcome the large earnings inequality staying in school for longer will have a significant impact on reducing the polarisation of our labour market. Education has a prominent role to play in reducing income inequality and depolarising a currently deeply divided society,” said company spokesperson Jaén Beelders.

However, completing high school does not translate into individuals finding themselves in a better position in the labour market. There is an important distinction to be made with regards to the quality of education, since the poorest South Africans only have access to “free-schooling” and these schools generally do not perform as well as more affluent schools, Beelders said.

Studies in South Africa have shown that the wealthiest 20% of South Africans in Grade 6 have far better reading tests scores than the least wealthy 20%, indicating that the quality of education must be considered to determine earnings capacity upon leaving school, Beelders said.

“The current education system, instead of fighting earnings inequality, is reproducing the patterns of poverty and inequality that we are observing currently in South Africa.”

Furthermore, the estimated drop-out rate of 44.6%, which is assumed to be largely in the more impoverished areas in South Africa, young people entering the labour market are finding themselves in unskilled occupations. Consequently, they must compete with more experienced individuals in this sector decreasing their chances of employment.

This results in a spiral of poverty and inequality in the South African context for youngsters, Beelders said. 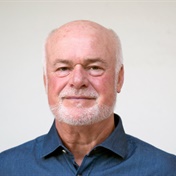