Zulu: Most SMMEs fail in year one 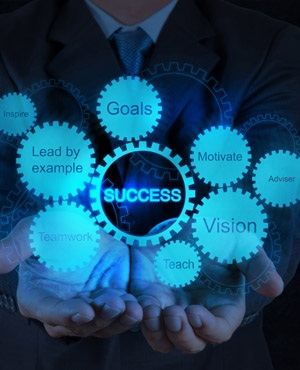 Around half of the SMMEs that survived the first year remained in business for the next five years, Zulu said in a speech prepared for delivery at the Consumer Goods Council of SA summit in Midrand.

Women were also adversely affected, as they owned the majority of SMMEs that failed.

"We are confident that together, we will be able to help reverse this trend," the minister said.

To enable SMMEs to play their role as articulated in the National Development Plan, an environment that promoted business entry and expansion was important.

"Private and public-sector procurement will improve access to opportunities for small and medium enterprises," she said.

"Human settlements and services will need to be conducive to small and medium enterprise expansion."

SMME regulations and standards would be reviewed, access to debt and equity finance would be improved, and business support would be segmented based on what type of business was involved.

For SMMEs and co-operatives to play their envisaged role in the economy, standards and quality had to be taken into account as they went hand-in-hand with sustaining and growing enterprises.

"Consumers will not buy goods that are not of good quality simply because they come from co-operatives or SMMEs," the minister said.

Government's responsibility was to help SMMEs and co-operatives to comply, rather than lament their lack of compliance.

The government wanted to see small enterprises complying with both local and international standards and competing in those markets. It would help create conditions conducive to growth, she said.

We live in a world where facts and fiction get blurred
In times of uncertainty you need journalism you can trust. For only R75 per month, you have access to a world of in-depth analyses, investigative journalism, top opinions and a range of features. Journalism strengthens democracy. Invest in the future today.
Subscribe to News24
Related Links
Conference on transforming property sector
Big business must step up, says Zulu
Zulu: Support coming soon for small business
Next on Fin24
Could maggots fuel high-protein sports drinks? This SA startup thinks so

See all newsletters
Voting Booth
Have you claimed the interest on your rental deposit?
Please select an option Oops! Something went wrong, please try again later.
Yes, and I've gotten it.
21% - 646 votes
No, I did not.
51% - 1604 votes
My landlord refused
28% - 868 votes
Previous Results
Covid-19 Money Hub
Covid-19 Money Hub - answering your business and money questions during the crisis