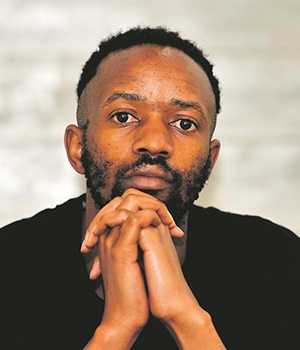 Dillion Phiri is 27, but he already feels he may be too old to be leading Creative Nestlings.

This is an odd view, considering the agency – owned by Phiri and his wife, Lunga Mateta-Phiri – supports the development of young, creative people.

Phiri says he already feels he is struggling to relate to creatives younger than him and will probably resign as CEO when he turns 30, bringing in someone younger.

Even though Phiri thinks he is losing touch with youngsters, he has steadily built a reputation as the “go-to guy” for information on youth culture.

His interest was not a sudden phenomenon. Phiri initially started to get involved when putting together small businesses – such as developing websites and creating clothing brands – while completing a degree in business IT in Cape Town.

In 2010, he got a job at Cape Town Tourism doing systems maintenance and researching technology products. It did not take him long to discover that corporate life was not for him. “It was a good job, but boring.”

While questioning what he wanted to do with his life, he started documenting the arts scene in Cape Town with photographer Jonathan Anzuluni and created a website, Creative Nestlings, to feature what they found.

For some time, they were just happy amateurs. “We were not making money, but it was never about that.”

By 2011, Phiri started to sense that there was more of an opportunity to be tapped. Anzuluni did not want to be part of a larger project and opted to leave. By then, Phiri had met Mateta-Phiri, who was eager to become involved.

They went to Limpopo on a retreat of sorts – he had family there – to work out what they wanted to do with Creative Nestlings. They decided to turn it into a network to develop young creatives throughout the continent.

They especially wanted to provide a forum for young, black people in Cape Town who did not feel they had a space to express themselves. “In Cape Town, when you think of creativity, you don’t think of black people.”

Phiri says this problem is not limited to the Mother City, but occurs throughout the country. “There are no places that bring young, black people together. There are no black spaces, no black websites, no black shops.”

One of the first things the company did to bring people together was to organise the first Conversations on Creativity Conference at a coffee shop in 2012.

The following year, Phiri and Mateta discovered a way to make money from what they were doing: by conducting research on youth culture.

Seeing the company succeeding at getting young people to come to the city centre, the Cape Town Partnership – a public-private collaboration that develops the central business district – commissioned Creative Nestlings to conduct research on how to bring more youngsters into the city. This contract was soon followed by ones for the SA Bureau of Standards and global liquor brand J&B.

The company used the money accrued from these contracts to set up The NEST, a workspace in the city centre. The funding from J&B was used to finance 20 start-up projects at technology incubator JoziHub in Johannesburg.

Creative Nestlings also gets a modest sum from its membership programme, which charges R750 a month. This includes giving members access to The NEST. The programme opens a way for professionals as well as young creatives to back Creative Nestlings.

Although the company has only about 170 members, it has extensive reach. There are 6 000 subscribers to its newsletter and more than 15 000 followers on Facebook.

Phiri says while the startup has a staff count of just five, the skills in its network give it reach and capacity. “If we need a lawyer or an accountant, we can go to our network.”

Creative Nestlings has undergone various changes in its short lifespan and intends doing more of the same.

“This entails branching out into other cities in South Africa and on the rest of the continent,” he says.

Other developments in the pipeline are the creation of a magazine and an online store for young people to sell their products.