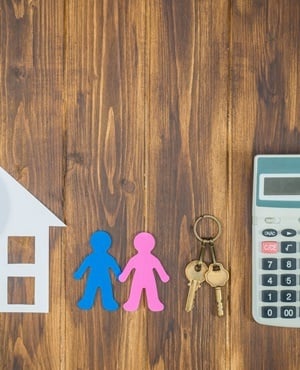 Rewarding tenants for being good renters rather than punishing them for being bad ones could be the key to disrupting the rental industry, believes Gil Sperling, CEO of Flow – a new app that aims to do just that.

Flow – which launched in South Africa earlier this year – is a free mobile app that allows tenants to get up to 20% of their rent back in rewards, whether or not their landlord has the app.

Flow rewards tenants for positive behavior, such as paying their rent on time, and looking after their homes. They also get points for registering and entering their property details.

It is the first app of its kind in the world, according to Sperling.

Its goal was to get 200 000 tenants signed up and using the platform by the end of 2020, and according to the team, its sign-up rate is on track, with promising uptake from local property agents since launch.

"South Africans are well aware of how rewards programmes work. From our healthcare to our grocery shopping, we’ve all quickly cottoned on to the idea that we can be rewarded for certain types of activities and behaviour. We all live for rewards. Swiping = points. Gymming = points. Driving well = points.

"But as popular as these rewards programmes are, they still don’t reward us for our largest monthly expense: property rental," says Sperling.

In order to deliver the rewards, Flow partnered with brands in lifestyle, entertainment, homeware, fashion and travel sectors, as well as airtime and electricity providers.

The app is largely aimed at millennials – those aged 22 to 37 – which makes up a large portion of SA's renters.

It's also unusual in the proptech sector because it focuses on the tenant rather than the landlord.

Long-term rental, Sperling argues, is one of the fastest-growing markets in the world – particularly among millennials. And while the South African rental market may be relatively small from a global perspective (which makes it easier to test in, argues Sperling), it’s still worth over $10bn, or around R140bn.

"A few decades ago, people renting property typically tended to be between the ages of 21 and 25. After that, they’d usually settle down, buy a property and spend the rest of their lives paying it off. But in recent years, there’s been a huge social shift," he says.

Millennials are renting for much longer than they used to – a group dubbed 'Generation Rent'.

"The older generation may attach a social status to renting, but millennials don’t see it that way. For one thing, the property market has changed, meaning that the price of property has put home ownership quite firmly out of most millennials’ reach.

"The rollercoaster that is the South African economy doesn’t help much either. Millennials are therefore more interested in owning their lifestyle than owning their home," explains Sperling.

The money they save frees them up to see the world, start a business or study, he believes.

"The world is more connected than before, so a lot of millennials are rather looking for opportunities to work and travel – and owning a property doesn't feature heavily in this plan." Rather, they want flexibility.

It was this trend that sparked the idea to create Flow.

It is co-founded by Sperling, Daniel Levy and Jonathan Liebmann, who are no stranger to start-ups: Sperling and Levy previously ran ad tech company Popimedia, which was among SA's most successful in the industry before being bought out by a French multinational in 2015.

For his part, Liebmann is perhaps best known as the real estate developer behind Johannesburg's Maboneng Precinct, via his company Propertuity.

This funding will be used to accelerate the development of the app; to fuel growth and increase the base of tenants already using Flow; as well as to increase the range of rewards available to tenants, say the founders.

Ultimately, the plan is to roll out Flow globally. "We want to get to the point where customers can use Flow anywhere in the world, as a kind of 'global rental passport'. With this view, credit checks would be rendered completely obsolete, because any landlord would be able to access that person’s rental data from the last five years," he says.

"This would be particularly useful for Generation Rent, who want to work and travel internationally, particularly in foreign countries where securing a lease can be exceptionally hard without a credit history."

We live in a world where facts and fiction get blurred
In times of uncertainty you need journalism you can trust. For 14 free days, you can have access to a world of in-depth analyses, investigative journalism, top opinions and a range of features. Journalism strengthens democracy. Invest in the future today. Thereafter you will be billed R75 per month. You can cancel anytime and if you cancel within 14 days you won't be billed.
Subscribe to News24
Next on Fin24
Llew Claasen | Corporates should invest in early-stage startups, not acquire them