From selling dagga to selling dreams

At first sight, Danny Tong is a typical suit, with the swag and accompanying German car and mannerisms.

In fact, the image fits so well that one would be forgiven for thinking that life has always been a bed of roses for the executive.

However, he was a troublesome teenager and was expelled from a number of schools, mainly for selling marijuana. His future did not look promising.

However, as life would have it, the selling skills that got him into trouble became his saving grace and got him off what was possibly the road to ruin.

Born and bred in Molelema village in Taung, North West, in a family of five siblings, Tong started his schooling at the Molelema Primary School and was a typical child until he reached adolescence.

“I had my fair share of discipline issues,” he says, reminiscing about his naughty days as teenager. His academic performance suffered and he failed more than once.

“I always went against the status quo. I always challenged the rules and whatever policy framework there was. I guess that’s also been a contributing factor to how I do things to this day.

“I sold cigarettes, I sold the green leaves [dagga]. I sold a whole lot of things that got me into serious trouble; I just sold,” he says.

Even when he was sent off to a Christian mission school, he continued his trade and was caught and expelled again.

From the mission school, he was sent to a school in Soweto. There he continued selling, but began stepping on some toes.

“I took somebody’s territory and they were not happy. Fortunately, I had built a good network of guys that were protecting me and I would give them free cigarettes,” he says.

Things came to a head when there was a fight. His parents had to intervene and he was pulled out of that school.

His father negotiated for him to be accepted at a high school from which he had been expelled previously. They took him back, but imposed strict conditions, including that he was not allowed to sell anything, not even sweets.

After seven years in high school, he matriculated, something he says surprised him. He took a gap year and worked for his father.

“My father had different businesses within the community and that’s where I learnt the trade of selling. I would sell vases, caps and many more things.”

Since his high school days he had been a keen reader and this included motivational and business books he got from his sister in Gauteng. After his gap year he enrolled for a qualification in information technology, but dropped out after two years.

He joined City Year, a leadership development NGO, and that’s when the doors of opportunity began opening. This included a trip to the US.

Tong believes joining City Year was a turning point in his life and he was taught invaluable lessons.

“For me that was an aha moment, immediately when I touched down in the US.”

After graduating from the programme in 2005, he went back to the organisation and got permission to use its resources to start a clothing label, Peo Clothing, which was his first real venture.

The clothing line raked in decent profits and even had good prospects of ending up in retail giant Edcon’s stores. He and his business partner were in negotiations with Edcon when they had a difference of opinion and parted ways. Tong sold his stake.

“It was not worth much and that’s when I hit rock bottom because I had expenses I could not pay for.” Following a few attempts at other businesses, he started a recruitment firm that scooped accolades, including the FNB Business of the Year award in 2012.

“I have never worked for anyone. Employment has never been my language. I always wanted to create jobs, not be employed,” he says.

What eventually made the business a success was tweaking how it was run and using a bit more aggression in the methods they employed.

The success of the recruitment agency gave birth to a shoe factory in the Free State, an events company and at least four failed businesses.

They are now consolidated into a group, InvesTong, founded in 2006. It includes InvesTong Human Capital, BoTong Construction and investments company InvesTong Capital.

Tong’s funding model is yet another example of his appetite for risk. He has managed to bootstrap his businesses via friends and relatives who loan him money.

“I don’t have a loan from any bank because of the challenges of accessing that money. Instead, I have loans from people who know me well. I borrow from relationships.”

He says his dream is for the company to be listable on the JSE’s main board by 2025.

We live in a world where facts and fiction get blurred
In times of uncertainty you need journalism you can trust. For only R75 per month, you have access to a world of in-depth analyses, investigative journalism, top opinions and a range of features. Journalism strengthens democracy. Invest in the future today.
Subscribe to News24
Related Links
Business not a sprint, but a marathon for Colourworks CEO
Seeding future entrepreneurs
Jozi company honoured for customer experience management
Next on Fin24
PROFILE: SA tech firm pledges to deliver the 'Uber of community safety' 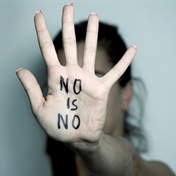