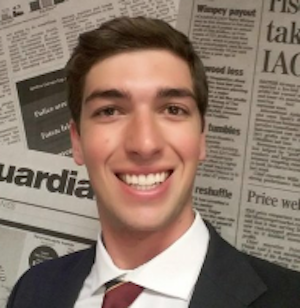 Last Wednesday, Deputy President Cyril Ramaphosa announced that an agreement, which still needs to be signed by Cosatu, has been reached on the proposal of a R3500 monthly minimum wage. This would be implemented in May next year. With that in mind, employment figures and the effects of inflation will come into the spotlight this week.

Ramaphosa indicated that government recognises that the amount is nowhere near acceptable levels as a study recently found that a household of four people requires R5000 per month to remain sustainable.

Last month unemployment figures climbed from 26.6% in the third quarter of 2016 to 27.1% in the fourth quarter, but employment rose faster than unemployment as more people joined the labour force, bringing the participation rate up to its highest since 2002.

Unemployment figures are due tomorrow at 11:30AM.

Another interesting figure is that of inflation because trade unions negotiate higher minimum wages based on keeping up with the cost of living.

Consumer prices in South Africa rose 6.8% year-on-year in December last year, following a 6.6% increase in November and above market expectations of 6.5%. It was the highest inflation rate since February as cost increased at a faster pace for food and non-alcoholic beverages as well as housing and utilities.

Looking abroad, Janet Yellen, chair of the Federal Reserve, is due to testify on the Semiannual Monetary Policy Report before the House Financial Services Committee, in Washington DC on Wednesday. A more hawkish tone would be bullish for the dollar against the rand while a more dovish tone could strengthen the rand.

Other important economic announcements due this week include:

· US CPI and Retail Sales

· US Conference Board (CB) Leading Index

We live in a world where facts and fiction get blurred
In times of uncertainty you need journalism you can trust. For only R75 per month, you have access to a world of in-depth analyses, investigative journalism, top opinions and a range of features. Journalism strengthens democracy. Invest in the future today.
Subscribe to News24
Related Links
FULL STATEMENT: Ramaphosa agreements on labour, minimum wage
October inflation accelerates to 6.4%
Stock markets rebound awaiting Fed
Next on Fin24
Foreign governments fret over SA’s move to ‘autarky’