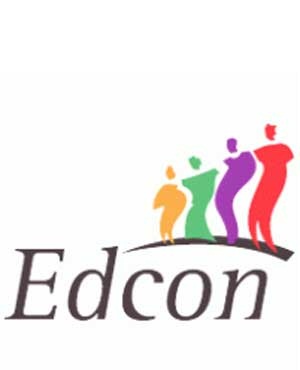 A deal to recapitalise the ailing Edcon Group has been struck. Edcon is one of the country’s largest retailers with brands like Edgars, Jet, CNA and Thank U.

It is also a significant employer in the retail sector.

The March 1 deal includes the removal of all interest-bearing Group debt and a new shareholding structure.

Restoration of the balance sheet will come in the form of cash investment commitments and rent reductions totaling R2.7bn.

It’s no surprise that Edcon got the support for the recapitalisation process from the listed property sector given the substantial chunk of space the retailer occupies.

“It’s a relief for the sector. The recapitalisation, though it comes with rent reductions, will keep malls operating with a major anchor tenant and will save thousands of jobs,” Keillen Ndlovu, head of listed property funds at Stanlib tells finweek.

Listed property announcements came through hot on the heels of Edcon’s recapitalisation announcement.

Owner of Sandton City, Liberty Two Degrees’ (L2D), says Edcon currently occupies 5.3% of its current portfolio, which is expected to reduce to 4.3% of gross lettable area (GLA) by 31 December 2019.

Redefine Properties, SA’s second-largest REIT and owner of Centurion Mall, has a hefty retail portfolio that at 31 August 2018 comprised 1.4m sqm of GLA.

The REIT is a significant landlord to Edcon with GLA exposure of 78 760sqm (down from 122 856sqm at August 2018) housing the Edgars and Jet brands.

Redefine’s equity contribution will amount to R54.6m, the REIT says. As a consequence, Redefine will receive 100% of its rental due from Edcon on 56 788sqm representing in force leases for profitable Edcon stores.

Redefine has also agreed to rental reductions up to a maximum amount of R13.8m over a two-year period in respect of leases totaling 21 972sqm.

Other major players in the listed property sector have yet to make their formal announcements on the recapitalisation process.

Some like Hyprop Investments Limited, owner of super-regional mall Canal Walk, have significant exposure to Edcon.

Speaking at Hyprop’s interim financial results for the six months to December 2018, newly-appointed CEO Morné Wilken says that almost 7 600sqm of Edcon’s total 67 000sqm floorspace has already been taken back and mostly re-tenanted.

Hyprop has, in principle, agreed to support the Edcon restructuring proposal with a reduction in rentals, compensated for by equity participation in Edcon, says Wilken.

“While that will impact distributable earnings in the 2019 and 2020 financial years by 0.8% and 2.3% respectively, it is considered an acceptable limitation of the risk,” he says.

In Fairvest’s case that’s a mere 0.8% and exposure is only to the still well-trading Jet Stores. “That,” CEO Darren Wilder tells finweek “was not by chance, but by strategy.”

We live in a world where facts and fiction get blurred
In times of uncertainty you need journalism you can trust. For only R75 per month, you have access to a world of in-depth analyses, investigative journalism, top opinions and a range of features. Journalism strengthens democracy. Invest in the future today.
Subscribe to News24
Related Links
Edcon secures R2.7bn from lenders, landlords in rescue
Edcon recapitalisation process on course - CEO
ANALYSIS: Is Edcon too big to fail?
Next on Fin24
Foreign governments fret over SA’s move to ‘autarky’