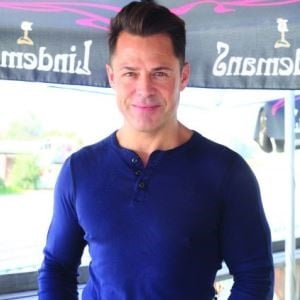 Albé Geldenhuys is CEO and founder of USN. (Image: Supplied)

In 1999, ex-policeman Albé Geldenhuys started selling his own mixtures of nutritional supplements to generate extra income while working as a sales rep at a gym.

This side job became so lucrative that he registered it as a business, which has since become one of the world’s leading supplement brands.

finweek spoke to Geldenhuys about his journey in setting up the business.

What did you do before you started USN?

Coming from a family of civil servants, I never dreamt of starting my own business.

I pictured myself climbing the ladder at the police force as my dad and granddad did before me.

After spending six years in the police service, mostly as a forensic artist, I hit a rut and decided to go into sales at what was then known as the Health & Racquet club in Hatfield.

What triggered your interest in the supplement market?

I have always been passionate about health and fitness, so was interested in the way in which nutritional supplements could enhance people’s health and performance; especially after the hype around ex-Springbok rugby player Percy Montgomery’s transformation when he started using creatine in the late 1990s.

How did USN develop out of this?

The market was already quite saturated at the time, but local products were generally of poor quality while imported products were exorbitantly expensive.

I started reading everything I could about health supplements – from scientific research to popular articles and product reviews – and then started experimenting with my own formulations.

I mixed them in my kitchen in an old hand-cranked Sputnik washing machine.

The initial idea was to make some money on the side, but word of mouth led to sales doubling each month.

That’s when I realised there was a real business opportunity.

I registered USN towards the end of 1999 and contracted a pharmaceutical company to mass produce the formulas.

The business was making around R20 000 in just a few months, which was a fortune for somebody like me who used to earn R1?800 a month in the police force.

Where did you get start-up capital?

I sold my bakkie for R30 000 and then bought a cheap little Uno for making deliveries.

After seeing how well the business was doing, my dad also signed surety for a R100 000 credit facility.

I have never been comfortable with debt, so initially only bought raw materials as and when I had the cash.

All our energy was spent on growing sales and having enough product to meet demand.

Why did you call the brand USN?

USN is the abbreviation of Ultimate Sports Nutrition.

I chose the abbreviation because the “US” subconsciously made people associate the product with the USA, which at the time was perceived as being the best at everything.

I was also fortunate to rent office space at the Council for Scientific and Industrial Research (CSIR), which allowed me to put their address on our labels.

This made people think the company was linked to the CSIR and added “credibility” to the brand.

How did you differentiate yourself from the rest of the market?

Our products were of the same quality as the high-quality imported products, but slightly cheaper because we manufactured locally.

I built a 60% mark-up into prices to make some room for error and to grow, improve and experiment with new formulations.

Where the majority of the imported products targeted the bodybuilding market, we differentiated ourselves by being less intimidating to break into the health and fitness market.

How did you break into retail?

I managed to sell my products at the Health & Racquet shops thanks to the valuable network I had grown while working on their sales team.

By 2002, the product made its way into pharmacies and other health shops across the country, with a monthly turnover in the millions.

How did you market USN and how has this sales strategy changed over the years?

Initially we had a very small marketing budget.

The product was basically selling itself through word of mouth.

When we later hit ceilings, we started using brand ambassadors to promote the product.

One of the first was Jaco van der Westhuizen, who had been injured and then worked his way into the Springbok team after using our products.

Today, we also make use of print and digital advertising to create brand awareness and invest in in-store training at retail outlets to ensure sales staff are aware of the benefits of our products.

It is important to have a well-educated person at point of sale, to ensure consumers get the right product for their needs when they are confronted by shelf upon shelf of nutritional supplements at retailers.

How did you juggle your new role as business owner?

The business was thriving, but I had no business experience except for the sales skills developed while working at Health & Racquet.

I also have this horrible trait of rather figuring things out for myself than following a manual.

So I intuitively bulldozed through administration, staff and stock management and finances without always knowing whether I was on the right track.

What mistakes did you make when you started the company?

I gave one of my previous CEOs too much leeway while I was building the brand overseas.

The company was projected to make a profit of R28m that year but ended up making a loss and losing R12m in stock due to this person’s poor management decisions.

How did you get the company back on track?

PSG director Jurie Bezuidenhout led a team to conduct due diligence for a stake in USN.

I decided not to sell a stake, but Jurie joined USN mid-2010.

He took us into a new growth phase, improving efficiencies by stripping the company of dead weight and outsourcing things like manufacturing, transportation and research and development.

This allowed us to once again focus on our core business.

Were there times that you felt like selling or giving it all up?

I won’t sell the company because I know how much blood and sweat it takes to build something from scratch, and I thoroughly enjoy and believe in what I am doing.

I am highly competitive, and the business gives me a creative outlet.

Besides that, it is satisfying to meet consumers and hear how our products have changed their lives.

Many people have also become dependent on USN for their livelihoods – there are over 200 people directly employed by us in SA alone – so failure has never really been an option.

What was the best advice you have received?

Nick Dennis, the previous CEO of Tiger Brands, advised me to employ a full-time chartered accountant to look at the financial side of the business.

Where do you sell your supplements?

The SA market is quite small, so to maintain momentum we have branched out into England and France from where we export to various European countries, as well as Russia and the US, which also supplies Mexico and China.

Was it easy to break into foreign markets?

No, it is like starting a business from scratch each time.

While establishing the brand in the UK, I drove tens of thousands of kilometres per month to visit distributors, retailers, manufacturers and printers.

Securing good relationships was fundamental to USN’s success in the UK, which created valuable support and eagerness to help me and USN succeed.

Did you make any mistakes when you entered these markets?

We had a turnover of about R50m during our first year in Australia, but things went haywire after the company with which we partnered there decided to sell nutritional products, using our formulations, under their own label.

Do you have any advice for entrepreneurs who want to expand their businesses overseas?

It helps to start small, gradually growing the market as you become more familiar with it.

Strategies that worked in the existing market will not necessarily work in the new market, so it makes sense to team up with a local company that understands the market, language and culture.

We will continue expanding our international footprint.

As a business owner, you cannot become complacent: A business is either growing or losing market.

There is nothing in-between.

Where the previous efforts were on growing the product range, the next efforts will be focused on bringing depth to products.

So, instead of selling smaller volumes of many products, we want to focus on less products per brand but significantly grow sales.

This article originally appeared in the 6 June edition of finweek. Buy and download the magazine here or subscribe to our newsletter here.

We live in a world where facts and fiction get blurred
In times of uncertainty you need journalism you can trust. For 14 free days, you can have access to a world of in-depth analyses, investigative journalism, top opinions and a range of features. Journalism strengthens democracy. Invest in the future today. Thereafter you will be billed R75 per month. You can cancel anytime and if you cancel within 14 days you won't be billed.
Subscribe to News24
Related Links
Van Reenen family takes beef business from small scale to international supplier
4 Ps to choose your target market for entrepreneurial success
Next on Business
Digitising small-scale farming