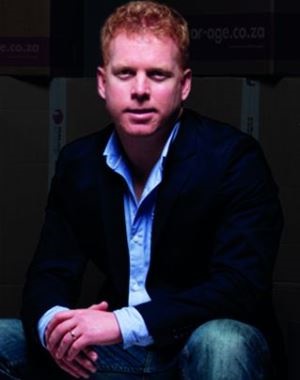 Back in 2006 South Africa’s self-storage market was a highly fragmented industry with mom-and-pop shops characterising the landscape. Enter the Lucas family.

Gavin Lucas, CEO of Stor-Age, was a second-year article clerk at financial services firm KPMG in 2004.

The domestic property market was in an unprecedented upswing as benevolent interest rates and strong economic growth pulled more and more people into the property market.

Lucas started doing small speculative investments in property at the time and identified an opportunity for a small business park in Edgemead in Cape Town.

His father, who had 35 years’ experience in the construction industry, supported his plans. Lucas then reached out to his brother, who lived in the UK and was a chartered accountant, for part of the start-up capital.

The need for self-storage units prompted Lucas and his family to fly the business park idea, and the self-storage facility in Edgemead opened in 2006.

“The first self-storage development was a huge success,” says Lucas. “We realised we were onto something.”

Following the opening of their first self-storage development, Lucas found a lack of research on the domestic industry.

The new company invested in research and after visiting the US, where self-storage is an established and large industry, the family conducted a local industry study in 2007.

Lucas and his brother compiled a business plan based on their industry research.

“We are sector specialists,” says Lucas. “We could foretell with reasonable confidence what was going to happen in the market.”

Stor-Age relies on property development principles to choose its sites for setting up business, explains Lucas. This includes prime locations with high visibility to commuters, he says.

“We want to be within 3km to 5km from our catchment areas,” says Lucas. “Customers also need easy access to the property.”

About 80% of the company’s customers are residential users, according to him.

These customers typically experience a life-changing event, such as relocation, death or separation, creating the need to store goods, he says. This is one of the consequences of capitalism, ?he explains.

“People can acquire more goods today than at any other time in the history of the world,” says Lucas. “People get attached to goods and when there’s a life-changing event it creates the need to store goods.”

The balance of Stor-Age’s customers is commercial, especially small and medium enterprises, he says.

The company’s flexible approach to storage space, which starts from as little as 3m2, and the fact that there are no long-term leases involved, suits small to medium enterprises, he says.

The self-storage industry uses churn as one of its operating ratios to determine how long customers rent space. South Africans tend to rent space for longer than they intend and as such are “very sticky”, Lucas explains. The average lease is 21 months, unlike international trends, he says.

“People rather pay more each year than exerting the effort of moving their goods, he says.

A 50m2 self-storage space rents for between R1 500 and R2 000 per month, according to him. Rental contracts are renewable monthly, increasing storage flexibility, he says.

As a self-storage company where space could be rented through an online application, Stor-Age relies heavily on technology systems in its business.

The company has about 13 000 lessees with a churn factor of 6%, says Lucas. Its systems need to be very sophisticated to handle this number of new lessees as well as the number of lessees who leave, he explains.

Going forward, the company has plans to expand its sites by investing R1bn over the next five years, according to Lucas. He also believes that Stor-Age could double its number of properties by 2020.

When Stor-Age listed on the JSE’s specialty real estate investment trust (REIT) sector by mid-November 2015, it had R1.3bn worth of assets, with a gross lettable area of 181?500m2, according to the company’s pre-listing prospectus.

It forecast distribution growth of around 10% per year over the medium term. The company boasts portfolio occupancy of 84%, just short of its high-bar 90% long-term occupancy target.

Half of the company’s properties are situated in Gauteng, with a third in the Western Cape, according to the prospectus.

With a spate of property listings last year, Lucas says Stor-Age gives investors the opportunity to invest in a niche segment of the market.

“The public might be forgiven when they think that even self-storage companies are now coming to the market and that it may mark the peak of the market,” says Lucas. “But there are enough precedents in the US, UK and Australia to allay their concerns.”

This article originally appeared in the 14 January 2016 edition of finweek. Buy and download the magazine here.