How to (re)build an ethical culture in the workplace 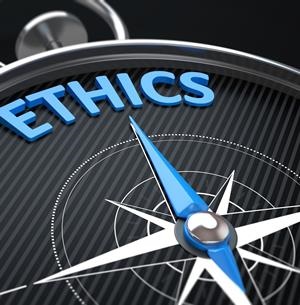 South Africans are, on a daily basis, confronted with the brutal truth of the level of corruption and unethical behaviour on all levels of our society.

It has been laid bare by several commissions of inquiry appointed since the departure of former president Jacob Zuma.

In an environment where corruption is seemingly acceptable and has become the norm, creating and sustaining a healthy ethical organisational culture can be extremely challenging.

Commitments to environmental sustainability, responsible labour practices, economic inclusion, and human rights are frequently cited as essential elements of employee engagement and organisational values, she says in her 2017 working paper The Five Levels of an Ethical Culture.

In the Ethics Office Handbook, compiled by Leon van Vuuren, executive director of the Ethics Institute, he refers to one of the myths surrounding organisational ethics; people are either ethical or they are not, and that there is not much that one can do about it.

“Such an outlook on life in the organisation means that all one can do is to hope for the best and that the ethical people will outnumber the unethical ones.”

Behaviour can change, and so can cultures, and although it is difficult, putting time and effort into it will reap results, he adds.

Renate Scherrer, MD of JvR Consulting Psychologists, says ethical behaviour in an organisation is impacted most by the behaviour and actions of employees’ direct manager.

“His behaviour and how much it embodies the ethics of the company (or doesn’t) may authorise others to act in the same way.”

When building or rebuilding a sustainable ethical culture, leaders have to be cognisant of organisational, environmental and individual factors:

“If the goal is only to focus on profits and return on investments for shareholders, then you are potentially setting yourself up as an organisation that will allow behaviour that may be focused on manipulating the results or finding shortcuts to achieve the goals,” says Scherrer.

She says if leaders have a strategy, vision and promise that is inspiring, and the financial returns are actually a consequence of the company’s purpose and not the reason for its existence, it becomes so much more sustainable.

The abuse of power and authority are key contributors to a degradation in organisational culture.

Scherrer says when rewards are purely based on the number of sales employees make, it will fuel internal competition and improve the company’s bottom line.

There have been examples in the past where employee behaviour has been motivated by their rewards instead of the needs and wants of customers and clients.

Linda Fisher Thornton, CEO of Leading in Context, says everybody must agree and understand that ethics is the way the company operates.

It is not a training programme or a reference manual that can be plugged in to from time to time.

She writes in Forefront magazine that open discussions about “ethical grey areas” should be encouraged.

There have to be clear policies and procedures, embodying the values of the company and how this influences decision-making, says Scherrer.

“One has to prepare the soil for healthy, ethical behaviour.

If you do not spend time weeding and applying fertilizer you may find you have more weeds than flowers.”

She says leaders  must create an environment in which people have the opportunity to speak up when there are deviations from the ethical culture.

Taylor says providing anonymity for whistleblowers, ensuring that they feel protected from retaliation, is essential to building an ethical culture.

“So is awareness that sanctions and punishment are meaningful, even at senior levels.”

Grievance mechanisms must be used, and employees must be informed of the consequences when there have been ethical breaches, Taylor notes.

A history of internal whistleblowers being ignored or silenced can prompt an employee to head directly to regulatory authorities (or the media, as has been the case in South Africa), resulting in public exposure.

Fisher Thornton says no one should be exempt from meeting the ethical standards set by the leaders in the organisation.

There should be no exceptions and no excuses.

According to Taylor, it is no longer sufficient to manage governance, risk, and compliance solely with a focus on detecting what is illegal and responding to regulatory risk.

Ethical issues are becoming broader and more difficult to evaluate and are increasingly converging with sustainability risks.

Leaders have to have the tough conversations and make the difficult decisions.

A powerful tool, says Taylor, is to make decisions based on the principle of a duty to earn stakeholder trust.

Given the current levels of trust stakeholders have in public and private sector organisations, there is a lot of work to do.

We live in a world where facts and fiction get blurred
In times of uncertainty you need journalism you can trust. For only R75 per month, you have access to a world of in-depth analyses, investigative journalism, top opinions and a range of features. Journalism strengthens democracy. Invest in the future today.
Subscribe to News24
Related Links
Why millennials are increasingly important in the workplace
Next on Fin24
Local duo revolutionises first responder systems