After another quarter of losses, is worst over for commodities?

Commodities just posted the longest losing streak in more than three years, and analysts and investors are giving conflicting signals over whether the worst is over.

The Bloomberg Commodity Index fell 2.5% in the third quarter amid a stronger dollar, trade frictions and concerns over the Chinese-demand outlook. Copper slid into bear markets and gold posted its longest run of monthly losses in two decades in September. Crude oil was among the few bright spots.

Analysts at banks including Goldman Sachs and JPMorgan Chase & Co are forecasting a turnaround as growth in top economies stays strong and signs of tight supplies emerge in some markets. Investors aren’t yet sharing their enthusiasm.

“Overall, we’re still cautious on commodities,” said Rob Haworth, who helps oversee $156bn at US Bank Wealth Management in Seattle. “Emerging markets remain somewhat stressed. If you are looking for emerging markets and China for growth to rebound and get a better story out of industrial metals, I don’t think we are there yet."

The Bloomberg Commodity Index, which tracks returns for 22 components, is down 3.4% this year, helping curb enthusiasm for the asset class, especially as US equities trade near all-time highs. The gauge’s three straight quarterly losses mark the longest slump since the first quarter of 2015.

Investors pulled $2.61bn from long-only exchange-traded funds linked to broad baskets of raw materials in the third quarter, including $175m in September, data compiled by Bloomberg Intelligence through Thursday show. Total assets across all commodity ETFs have slid by about $23bn since April.

Money managers have also been exiting. Hedge funds and other large speculators pared their combined net-long position across 18 commodities for six straight weeks through mid-September to the lowest since June 2017, US government data show. While they added to bullish wagers in the latest week, the bets are still down by almost half this year.

The following outlines the performance and prospects for some of the biggest commodity movers in the third quarter. 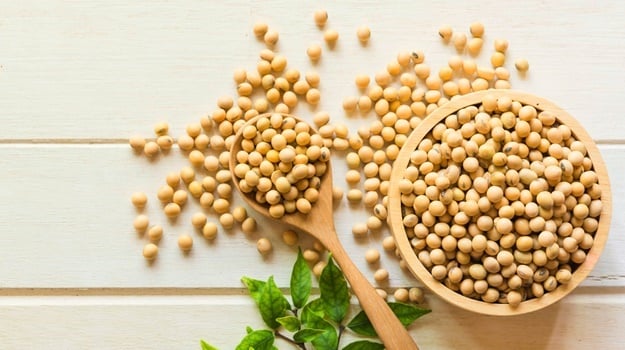 Soybean growers in the US are facing increased risk of a prolonged battle between the two largest economies, according to agribusiness giant Bunge.

China slapped tariffs on American beans in retaliation to Trump administration measures, and buyers in the Asian nation are turning to other sources of supply. Soy futures posted a second straight quarterly loss. Gold had a sixth straight monthly decline in September, the longest string of losses since 1997. The metal is being buffeted by rising US interest rates, the dollar holding near recent highs and stronger returns across other assets.

The US-China trade war hasn’t revived haven demand for bullion as a haven, and with investors showing “scant risk aversion,” it may need a bigger catalyst to rebound, said Jim Wyckoff at Kitco Metals. The outlook is better in crude oil, according to US Bank Wealth Management’s Haworth and Greg Sharenow, co-manager at Pimco’s CommoditiesPLUS Strategy Fund.

With renewed sanctions on Iran set for November, OPEC has signaled it will only produce enough crude to meet demand, and won’t send additional supplies onto the market. Meanwhile in the US, bottlenecks in the Permian Basin have kept US weekly crude production flat. Prices posted a fifth quarterly advance in London - the longest rally since June 2008.

Any trade concerns that may have affected the oil market “have been second order to the impact of the re-imposition of sanctions on Iran, which has been much more meaningful,” Sharenow said in an interview.

US natural gas futures climbed 2.9% in the third quarter, the biggest gain since 2012 for that period.

Inventories are at the lowest for this time of year in more than a decade, and Bloomberg Intelligence sees futures testing $4 per million British thermal units, about a dollar above current prices. Wheat may also be set for gains, after years of bumper global harvests, drought and heat waves curbed production in many countries this season and boosted prices.

World stockpiles are tightening and crop prospects in Australia, a significant exporter, have worsened, Rabobank said in a report. Russia’s “red hot” export pace is also unlikely to last, the bank said. Copper futures in New York fell 5.4% in the third quarter, and are down 15% this year. Recent gains in the metal may bode well for commodities.

Copper, often considered a bellwether of global growth, gained 5% in September, helped by optimism that broader US tariffs will prompt China to invest more heavily in areas like infrastructure to shore up its domestic economy.

Some of that sentiment may be starting to seep into investor views. The Bloomberg Commodity Index was up 1.7% in September after three straight monthly declines. The gauge has also posted two straight weekly increases.

“While US-China trade tensions are unlikely to fade, China’s growth-supportive policy response will likely spur a year-end rally in some of the weakest performing commodities sectors,” JPMorgan analysts including Abhishek Deshpande said in a September 21 report.

We live in a world where facts and fiction get blurred
In times of uncertainty you need journalism you can trust. For only R75 per month, you have access to a world of in-depth analyses, investigative journalism, top opinions and a range of features. Journalism strengthens democracy. Invest in the future today.
Subscribe to News24
Related Links
OPEC raises forecast based on US oil production
Gold loses its lustre as demand decreases
Knockout blow for motorists as petrol price scales all-time high
Next on Fin24
Oil slides below $52 on stronger dollar as rally takes breather