Gold fell with copper and oil pared gains as tight races in battleground states in the US election shook traders' initial faith in a decisive outcome, raising the prospect of a prolonged wait for the final result.

Spot gold dropped 0.5% and the dollar strengthened as the closeness of the race spurred a flight to the safety of the greenback. Oil in New York rose 1.6%, paring an earlier advance of as much as 3.4%, with expectations OPEC+ will delay a planned easing of output cuts lending support.

President Donald Trump has once again defied polls and predictions, with a better-than-expected showing that appeared to significantly shrink Democrat challenger Joe Biden's path to victory. Neither candidate conceded defeat and it looked likely that the final result would not be known for some time.

"An improvement in odds for Trump has been positive for risk appetite, which has weighed on gold," said Warren Patterson, head of commodities strategy at ING Bank NV in Singapore. "Meanwhile, oil has benefited from this risk-on move” and crude would also gain from a Trump win because there would be less likelihood of Iranian supply returning," he said.

"Clearly the Blue Wave has not materialized as the polls predicted," said Wayne Gordon, executive director for commodities and foreign exchange at UBS Global Wealth Management. "The consequence of a Trump victory could be that the fiscal packages come more quickly, but potentially be of a smaller amount."

During his presidency, Trump took a hard-line stance against major oil producers Iran and Venezuela by means of crippling sanctions, tightening global supplies. His support for American shale producers helped the nation’s output rise to a record, adding more supplies to the global pool.

A victory by Biden could pave the way for the roll-out of more fiscal stimulus that could lift equity and commodity markets - particularly gold, which benefits from a weaker dollar due to money printing - in the near term. It could also lead to stricter regulation of shale drillers and also signal a detente with Iran, which would unleash millions of barrels a day in fresh crude exports.

A marginal win by Biden in which Republicans retain control of the Senate may also unsettle investors, as they would be reminded of the divisions that have stalled promised spending.

Delays to any conclusive result over the next day or so should offer support to the dollar and would pressure prices of commodities, said Vivek Dhar, an analyst at Commonwealth Bank of Australia. "Gold, metals and oil - particularly oil and copper – will be sensitive to those dollar movements."

The futures curve for Brent shows there’s still some concern about a potential glut even after increasing signs the OPEC+ alliance will delay easing production cuts as lockdowns are imposed in Europe and Libyan production rises.

"Under Trump, there’s a bigger chance of oil prices rising," said Fereidun Fesharaki, chairman of industry consultant FGE. "The market has also began to realize that the selloff has been overdone. We keep forgetting that Europe is not that important in terms of oil demand while OPEC+ stays committed."

We live in a world where facts and fiction get blurred
In times of uncertainty you need journalism you can trust. For only R75 per month, you have access to a world of in-depth analyses, investigative journalism, top opinions and a range of features. Journalism strengthens democracy. Invest in the future today.
Subscribe to News24
Related Links
Economists: SA will score if Biden becomes US president
US stocks open higher in Election Day session
Global stocks jump, dollar down as Americans head to polls
Next on Fin24
Gold holds advance ahead of US election, Fed’s policy meeting 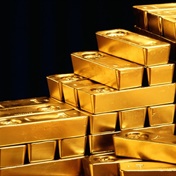 See all newsletters
Voting Booth
Have you claimed the interest on your rental deposit?
Please select an option Oops! Something went wrong, please try again later.
Yes, and I've gotten it.
21% - 360 votes
No, I did not.
51% - 864 votes
My landlord refused
28% - 469 votes
Previous Results
Covid-19 Money Hub
Covid-19 Money Hub - answering your business and money questions during the crisis