Singapore - Gold climbed after data showed a further contraction in China’s manufacturing, adding to the case for haven assets as investors boost holdings.

Bullion for immediate delivery rose as much as 0.5% to $1 123.88 an ounce and traded at $1 122.88 at 3:44pm in Singapore, according to Bloomberg generic pricing.  On Friday, prices capped a 5.4% monthly advance, with the metal holding gains even after the Bank of Japan adopted negative interest rates, boosting the dollar.

Gold has rallied this year as a global sell-off in equities spurred by concerns over the slowdown in China stoked demand. China’s official factory gauge signalled conditions deteriorated for a sixth month in January, missing economists’ expectations, while a separate measure from Caixin Media and Markit Economics also showed a shrinkage. 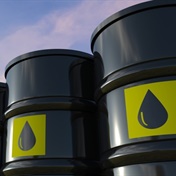 See all newsletters
Voting Booth
Do you think it was a good idea for the government to approach the IMF for a $4.3 billion loan to fight Covid-19?
Please select an option Oops! Something went wrong, please try again later.
Yes. We need the money.
11% - 1315 votes
It depends on how the funds are used.
73% - 8656 votes
No. We should have gotten the loan elsewhere.
16% - 1907 votes
Previous Results
Covid-19 Money Hub
Covid-19 Money Hub - answering your business and money questions during the crisis