Gold slides below $1 200 in longest losing run since Oct 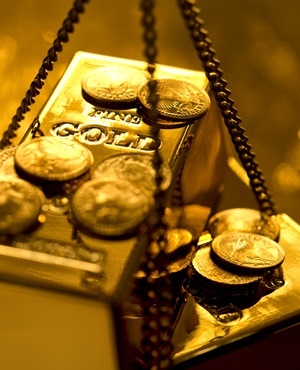 Singapore - Gold dipped below $1 200 an ounce in its longest losing run since October as positive US economic figures reinforce expectations that yields on other investments will rise this year.

Bullion for immediate delivery fell as much as 0.3% to $1 197.70, the lowest since January 31, and was at $1 198.57 at 08:22, according to Bloomberg generic pricing. The metal is down 2.9% this week after dropping on all five days as yields on 10-year Treasurys extended gains, making non-interest bearing assets less attractive.

The precious metal has been hit by Federal Reserve officials including chair Janet Yellen talking up the prospect of higher rates this month. Better-than-expected US private jobs data this week also boosted the dollar before official payrolls figures on Friday, which is the last major piece of economic news before the Fed meets next week.