Palladium tops gold after rally powered by surge in Demand 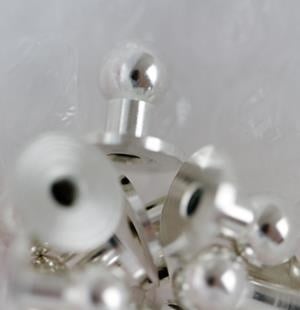 Gold just got left behind by one of its sister metals. After a demand-fueled rally over the past four months that’s seen prices hit a record, palladium for immediate delivery topped gold following a surge higher.

Palladium, which hasn’t traded at a sustained premium to gold in 16 years, has gained as buyers scramble for supplies of the metal used in vehicle smog-control devices. Demand has risen as consumers turn away from diesel toward gasoline-powered cars, which tend to use more palladium in autocatalysts.

“People are grasping for whatever ounces of material they can get” in the palladium market, Tai Wong, head of base and precious metals trading at BMO Capital Markets, said before Wednesday’s levels were hit. “It’s very expensive to borrow, and that is perhaps the biggest factor driving the spot price higher.”

Related Links
Gold now has a challenger for the mantle of most-precious metal
This metal just hit a record. Here's why palladium is soaring
Palladium poised to become formidable threat to platinum
Share
Next on Fin24
A month after oil plunged into the abyss, prices are surging

See all newsletters
Voting Booth
How has Covid-19 impacted your financial position?
Please select an option Oops! Something went wrong, please try again later.
I'm not really directly affected
19% - 232 votes
I am taking a hit, but should be able to recover in the next year
26% - 307 votes
My finances have been devastated
29% - 350 votes
It's still too early to know what the full effect will be
26% - 312 votes
Previous Results
Covid-19 Money Hub
Covid-19 Money Hub - answering your business and money questions during the crisis