Rand strengthens for second day as election gets underway 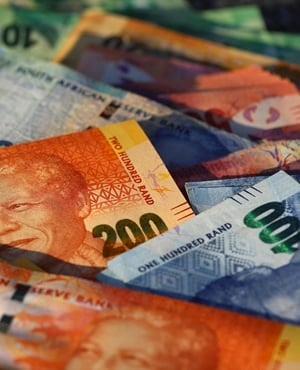 The rand gained a second day on Wednesday as South Africans started voting in an election that may determine prospects for reforms to revive the country’s flagging economy.

The currency advanced 0.6% to 14.3530 per dollar by 14:13 in Johannesburg, after gaining as much as 0.9% earlier. Yields on dollar bonds due 2028 climbed three basis points to 5.23%, while the cost of insuring the debt for five years using credit-default swaps rose three points to 197, the highest since March.

The country’s stock and bond markets are closed for a public holiday.

While opinion polls point to the ANC extending its quarter-century monopoly on power, President Cyril Ramaphosa needs a convincing majority to push through economic reforms in the face of opposition from factions within the party.

A narrow victory could stymie his efforts to restructure state-owned companies and root out corruption.

Voting for the 400-member National Assembly and nine provincial legislatures started at 7:00 and will run until 21:00. Final results are scheduled to be released by May 11, and a first meeting of the new parliament has been provisionally set for May 22.

The president is officially elected at that sitting.