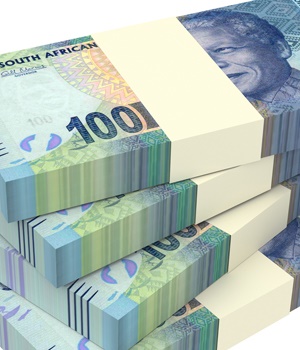 Cape Town – The issues plaguing the rand are re-emerging causing the currency to be on the back foot on Monday morning, last trading at around R13.63.

Rumours of an imminent Cabinet reshuffle which surfaced on Friday have caused the rand to fall back to around R13.53 in afternoon trade, slipping further back after the weekend.

At one stage on Monday the local currency was trading at R13.68 to the greenback.

"Rumours have it that there needs to be made space for (former Eskom CEO) Brian Molefe and Nkosazana Dlamini-Zuma in the Cabinet, but speculation is that it will only happen after the State of the Nation Address on February 9 2017," said TreasuryOne's Wichard Cilliers.

RMB currency strategist John Cairns said in a company note on Monday that a move as far as R13.30/$ is possible in light of the levels at which other higher risk currencies are trading. “However, a small ongoing risk premium will probably constrain the rand from making the full adjustment,” he added.

“The rand’s reaction on Friday to the cabinet reshuffle talk was aggressive. This highlights just how worried the markets are about local politics,” Cairns said.

“Moreover, it shows a renewed sensitivity to political news. By late 2016, the market appeared to have grown tired of the continued rumour mill.”

The rand’s momentum to the lower side has been dented after Friday’s headlines, Cilliers said.

“It’s difficult to see how we can make an attempt at R13.20 with a risk premium for the political risk being priced in once again. We would need to see a considerably weaker dollar, and although (US President Donald) Trump’s actions are harmful, there has been minimal impact on the greenback.”

Cilliers believes the releases of economic data on Monday will prove irrelevant for the rand and that trade between R13.35 and R13.60/$ is on the cards.

The rand had a good run in the recent past, said Cilliers. “We had a good run. I’d call it a honeymoon period, where investors had forgotten to price in a premium for political shenanigans as the focus was rather on the US and Brexit.”

The rand relapsed on Friday amid flashbacks of Nenegate and fears that Finance Minister Pravin Gordhan could finally be replaced if a cabinet reshuffle indeed takes place after President Jacob Zuma’s State of the Nation Address on 9 February.

“Minister Gordhan was in for a rough weekend with (former Eskom CEO) Brian Molefe being the apparent beneficiary. But it would be reckless to change finance ministers before the budget speech,” Cilliers said.

“I feel like Gordhan will survive but his deputy, Mcebisi Jonas, may have his head on the chopping block as a Zuma ally (could possibly be) put in his place to make Gordhan’s life difficult.

Friday proved to be the most volatile day of the year so far, said Adam Phillips of Umkhulu Consulting.

“If a cabinet reshuffle indeed takes place,” said Phillips, “there will be a sharp reaction again like we saw on Friday. I suppose we have to wait and see. In order to get the correct story one needs a drone inside the president's office. Like many I am still hoping that the ANC executive are telling him to keep quiet and play it safe for the next 11 months, but maybe that is not his style.”

See all newsletters
Voting Booth
How has Covid-19 impacted your financial position?
Please select an option Oops! Something went wrong, please try again later.
I'm not really directly affected
18% - 1916 votes
I am taking a hit, but should be able to recover in the next year
23% - 2523 votes
My finances have been devastated
35% - 3754 votes
It's still too early to know what the full effect will be
25% - 2688 votes
Previous Results
Covid-19 Money Hub
Covid-19 Money Hub - answering your business and money questions during the crisis