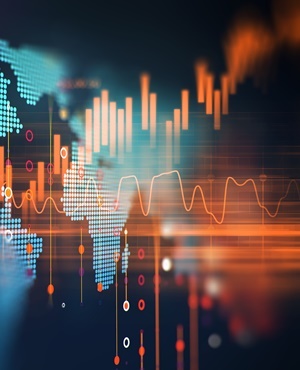 Stocks staged a broad recovery on Friday as strong trade data from China buoyed markets, with investor focus turning to third-quarter earnings at the end of a tumultuous week.

The Stoxx Europe 600 index rose for the first time in three days with miners leading the advance, though the gauge is still headed for its worst week since February as most sectors trimmed early gains.

The MSCI Asia Pacific Index rose from the lowest level since May 2017, with shares in Hong Kong and South Korea leading the way. The yuan retreated following a Bloomberg report that US Treasury staff concluded China isn’t manipulating its exchange rate.

Emerging-market stocks headed for the biggest gain in more than two years, and most developing-nation currencies advanced against the dollar.

China trade data showed exports rebounded, while imports remained robust, thanks to strong demand at home and abroad despite worsening relations with the US That eased some concern about the impact of the trade war, which had contributed to the worst equity sell-off since February amid worries about the Federal Reserve’s policy path.

As traders' debate whether the correction has created buying opportunities, the attention turns to third-quarter earnings, with Citigroup and Wells Fargo & Co still to report on Friday. “There could be more risk reduction into the weekend as investors position more defensively,”  Stephen Innes, Singapore-based head of Asia Pacific trading at Oanda wrote in a note. “But this does offer a significant window of opportunity for the not-so-meek of heart.”

Traders will be watching the yuan after the report that US Treasury staff advised Secretary Steven Mnuchin that China isn’t manipulating the exchange rate, as the Trump administration prepares to issue a closely watched report on foreign currencies.

Meanwhile, West Texas oil recovered, but is still heading for the biggest weekly drop since May as it trimmed gains after the International Energy Agency cut forecasts for demand this year. Gold slipped, but copper led a gauge of industrial metals higher.

See all newsletters
Voting Booth
How has Covid-19 impacted your financial position?
Please select an option Oops! Something went wrong, please try again later.
I'm not really directly affected
19% - 232 votes
I am taking a hit, but should be able to recover in the next year
26% - 307 votes
My finances have been devastated
29% - 350 votes
It's still too early to know what the full effect will be
26% - 312 votes
Previous Results
Covid-19 Money Hub
Covid-19 Money Hub - answering your business and money questions during the crisis