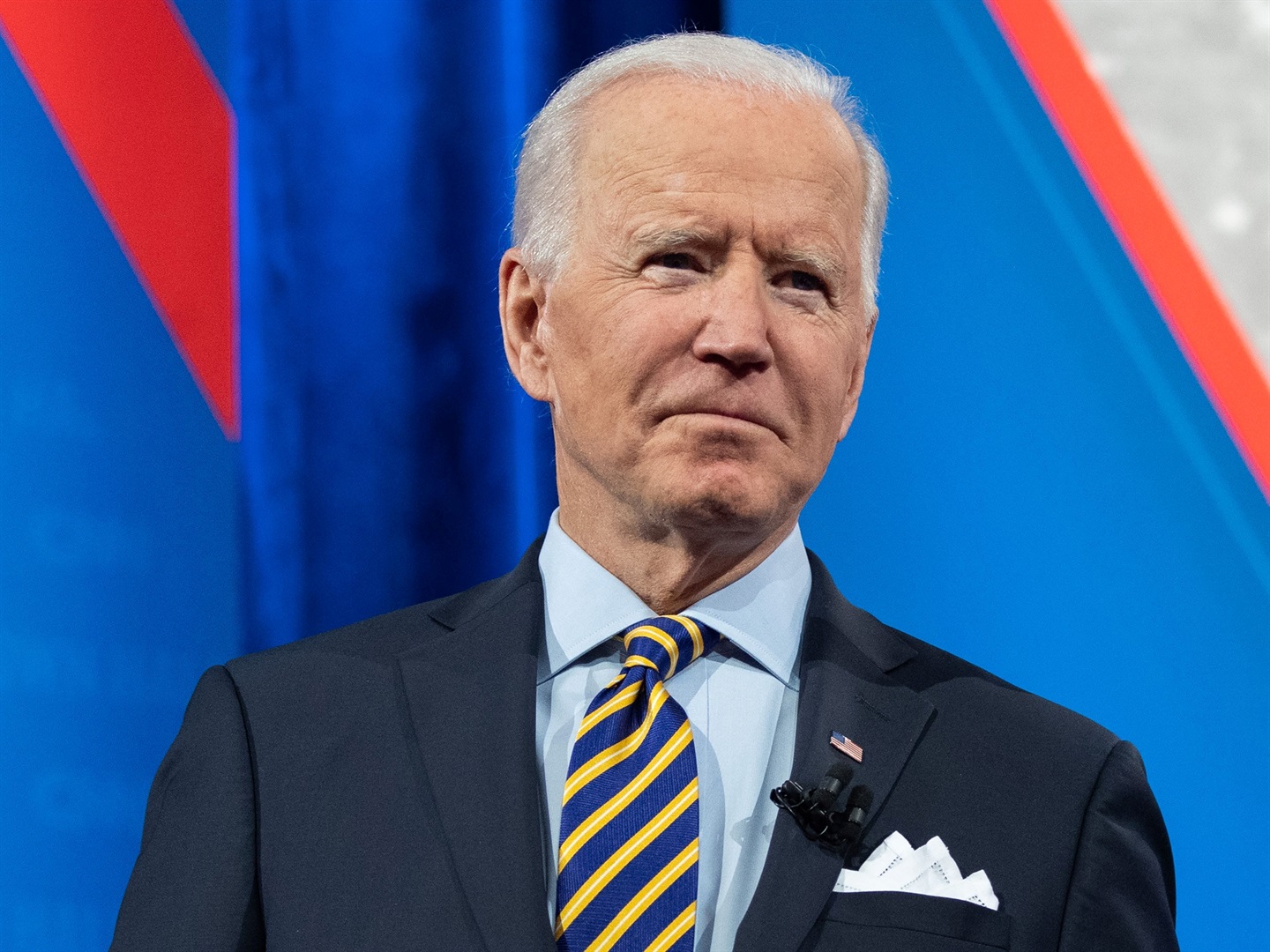 Joe Biden at a CNN town hall at the Pabst Theater in Milwaukee, Wisconsin, February 16, 2021.
SAUL LOEB/AFP via Getty Images

Asian markets slipped Wednesday following a soft lead from Wall Street, while focus turned to the United States where President Joe Biden is expected to unveil his latest multi-trillion-dollar recovery plan for the world's top economy.

While regional equities have enjoyed a run of buying this week thanks to optimism about the global economic recovery and vaccinations, trading floors remain worried that the rebound will stoke inflation and in turn force central banks to hike interest rates.

The issue has now reached a point where dealers are spooked by good news, with the possibility of more government spending forcing benchmark 10-year US Treasury yields -  a gauge of future borrowing costs - to almost double since the turn of the year.

Eyes will be on yields later in the day when Biden is due to announce an infrastructure programme that some reports say could run as high as $4 trillion, which would require more borrowing and likely tax hikes.

Axi strategist Stephen Innes also pointed to data Wednesday showing China's factory activity in March grew much more than expected, reinforcing the view that the Asian powerhouse is well on the road to recovery.

"One would normally expect risk assets to find some legs as China economic data remains steady with the non-manufacturing PMI data exceeding," he said in a note.

"But we are in such an odd policy paradox right now, globally. Stronger data in China feeds into the (People's Bank of China) normalising mantra, while robust data in the States directly leads to higher yields because data beats flame the fires of inflation.

Hong Kong and Shanghai were both lower, while Tokyo was also dragged by financials after it emerged that Mitsubishi UFJ Financial was among the lenders to take a hit from the collapse at Wall Street fund Archegos.

There were also losses in Singapore, Seoul, Mumbai, Taipei, Manila and Jakarta, but Sydney, Bangkok and Wellington rose.

London, Paris and Frankfurt all fell at the open.

The dollar held gains at a one-year high against the yen as the expected surge in economic growth sees money move out of the safe-haven Japanese unit.

Markets strategist Louis Navellier said markets were growing increasingly fearful that the record low rates and ultra-loose monetary policies that have helped fan a year-long rally were nearing an end.

"Because investors have been so well rewarded in a low-growth, low-rate, low-inflation economy for so long, the notion of this paradigm undergoing such a seismic shift in such a short period has caught much of the investing world flat-footed," he said.

Markets are also gearing for the release of key US jobs data, which will provide a guide to the state of the economy.

Atlanta Fed President Raphael Bostic said he expected the forecast recovery could mean that the addition of "a million jobs a month could become the standard through the summer".

See all newsletters
Voting Booth
Have you claimed the interest on your rental deposit?
Please select an option Oops! Something went wrong, please try again later.
Yes, and I've gotten it.
21% - 1302 votes
No, I did not.
52% - 3241 votes
My landlord refused
28% - 1740 votes
Previous Results
Covid-19 Money Hub
Covid-19 Money Hub - answering your business and money questions during the crisis