Black Monday: JSE suffers one of its biggest crashes on record

After a wild trading day, which at one stage saw the JSE's all share index lose more than 12% of its value, many of South Africa's biggest companies lost billions in value.

Old Mutual slumped 16% after announcing its results. Resource shares were among the biggest losers, with Implats and Northam down 19%.

Across the world, $20 trillion has now been wiped off global markets in the past month, Bloomberg reports.

The latest losses were triggered by the US central bank's emergency rate cut of a full one percentage point. This brought interest rates effectively to 0% in the US. The central bank also committed to pumping $700 billion into the markets through buying securities.

But the Fed's action spooked the market. Investors are worried that Fed took such drastic action because it has information about the coronavirus impact that the market may not yet reflect.

And secondly, the Fed has now used almost all its ammunition, especially when it comes to interest rates. It now can't go any lower than 0% to buffer the market against any further shocks.

European markets hit their weakest levels since 2012, and the US market fell so far, so fast early on Monday that trading had to be halted for a short while.The JSE's all share index ended the day 8.3% lower (at 40 5000 points), which is the bourse's sixth-worst performance since 1978: 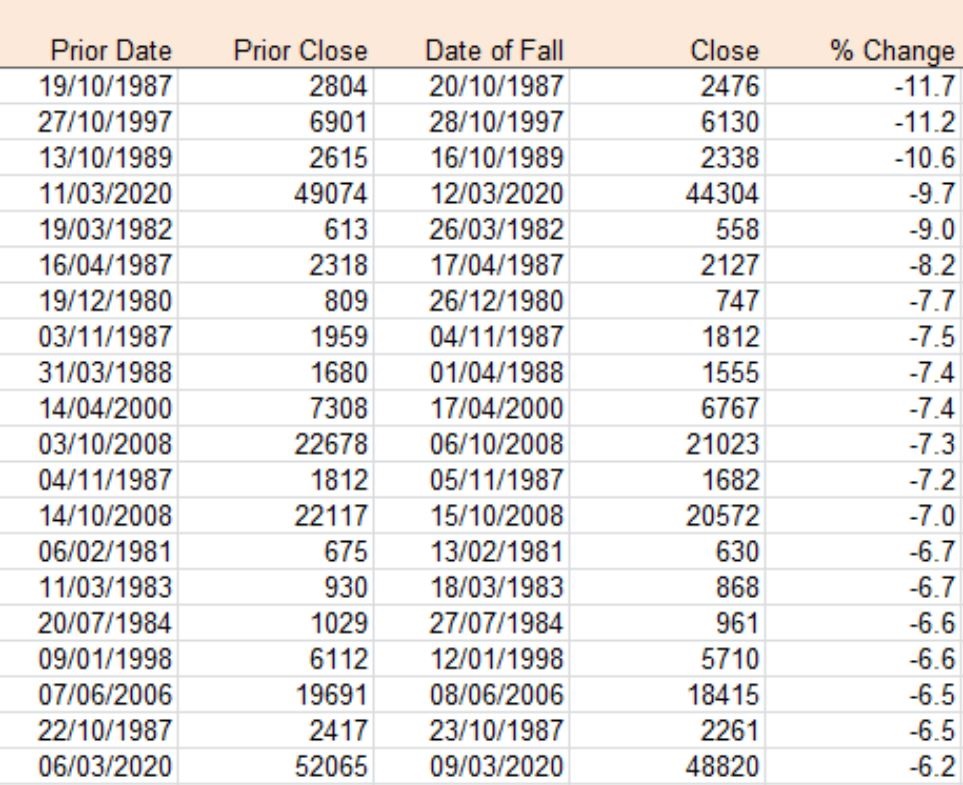 We live in a world where facts and fiction get blurred
In times of uncertainty you need journalism you can trust. For only R75 per month, you have access to a world of in-depth analyses, investigative journalism, top opinions and a range of features. Journalism strengthens democracy. Invest in the future today.
Subscribe to News24
Related Links
WATCH: Nike, Under Armour shut stores to combat virus
Markets in turmoil - what should I do with my investments?
Trump welcomes falling oil prices, says they're 'like a tax cut'
Next on Fin24
MONEY LIVE | Rand rallies on dollar weakness, while Naspers and Prosus slump 7%