Here's how the day ended:

US stocks slip before fed announcement

The S&P 500 Index opened lower as FedEx tumbled after cutting its annual profit forecast. The dollar ticked higher after three days of losses, while two-year Treasury yields remained below the top of the Fed’s policy target range amid expectations of a dovish tone from the central bank. Apart from a hold on rate increases, markets will watch for any word on plans to end the Fed’s current bond-portfolio run-down.

“All eyes will be on the dot plot this afternoon, as most FOMC participants have signaled they are on board with the Fed’s new ‘patient’ guidance and those who have talked about it in terms of rates have indicated they expect no hikes or one hike this year,” Chris Low, chief economist at FTN Financial, wrote in a note to clients.

“The Fed is likely to reveal the end date for balance sheet runoff today, but may not yet be quite ready to reveal the disposition of maturing assets once runoff ends.”In Europe, a series of negative corporate news stories dragged down the Stoxx Europe 600 Index. Germany’s DAX Index led the retreat as BMW warned earnings would fall and chemical maker Bayer headed for the biggest drop in 15 years after losing the first phase of a U.S. trial over claims its weed killer caused cancer. In Asia, Japanese shares finished higher, while most other markets dipped.

The pound fell as UK Prime Minister Theresa May sought to extend the Brexit deadline to June 30, while the opposition called for the public to have the final say over the country’s EU exit. The euro held steady after German producer prices missed estimates. European sovereign bonds were mixed.

South Africa CPI came out at 4.1% YoY and 0.8% MoM which was in line with expectations.

TreasuryONE said this will likely support the decision that the SA Reserve Bank will keep rates on hold next week.

The rand is currently trading at R14.51 to the greenback.

Andre Botha, Senior Dealer at TreasuryONE said in a morning note to clients that the rand was in for a rough ride, particularly in terms of the impact of load shedding.

“As we stated yesterday the rand is facing some tough headwinds which could lead to an interesting time for the rand in the short term," he said.

Botha said the rand lost about 15 cents on the back of Public Enterprises Minister Pravin Gordhan's briefing on Eskom yesterday and the news, revealed by Fin24, that the power utility and government was planning for Stage 5 and Stage 6.

"The rand closed around the R14.50 level after looking to push stronger in morning trade. The move lower was due to some positive sentiment in the market as we expect the US Fed to be dovish in tonight's press statement.

"Further headwinds that started to blow yesterday was the bump that the US-China trade talks suffered from China looking at not sticking to their commitment to buying several Boeing 737 aircraft. This has caused a little uncertainty in the market with the leaders of the two countries only meeting in April.

"Coupled with the uncertainty on whether the UK will get the desired extension from their March 29 deadline of Brexit has thrown more uncertainty into the market melting pot.

"The latest development in the load-shedding conundrum will make Moody's rating review at the end of the month a bigger event than we expected a couple of weeks ago.

"The headwinds faced by the rand will surely see the rand gain less ground than its EM peers should the Fed be dovish tonight, but in the same breath weaken more if the Fed surprises markets. Locally, we have CPI data out this morning but the main event will be the Fed later on this evening.”

Peregrine Treasury Solutions's Bianca Botes also said that the rand remained on the back foot as SA's electricity woes weighed heavily on the local unit.

"Local CPI data is expected to show an uptick in inflation as a weaker ZAR and increasing fuel prices take their toll. All eyes will be on the Fed later today with markets expecting the same dovish and patient tone with an unchanged federal funds rate.

"Any deviation will lead to some volatility in the currency markets. The rand opened at R14.50/$ today and the expected intraday range is R14.44 to R14.58," she said.

Treasuries and the dollar steadied.

Shares in Japan, South Korea and Australia edged lower. A rally in US stocks earlier sputtered out after a report that US and Chinese negotiators remain at odds on aspects of their current trade talks soured sentiment.

A rally in oil stalled. Money managers will be looking for clues on future policy from the Fed Wednesday after its dovish shift in recent months helped reboot global equities on bets that interest-rate hikes will be put on hold to support the economy.

News that the Trump administration is concerned that China is pushing back against US demands threatens to curb hopes of a deal.

Elsewhere, a senior European Union official said the bloc is likely to tell Theresa May that she must decide by mid-April whether to extend Brexit until 2020 or risk leaving in three months without a deal.

The price of the metal - mainly used in autocatalysts in gasoline vehicles - has almost doubled from a recent low in August. Demand has remained robust as manufacturers scramble to get hold of palladium to meet more stringent emissions controls, particularly in China, even as auto sales in key markets slow. 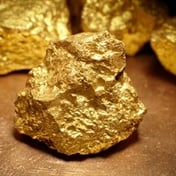