"US Q1 GDP came out better than expected at 3.2% vs the 2.3% expectation," TreasuryONE noted in a snap update.

"The initial move on the ZAR was weaker but the ZAR has remained within the range of the day," the update read.

Uber Technologies is seeking to raise as much as $9bn in an initial public offering that could give the ride-hailing giant a market valuation of as much as $84bn.

The No. 1 ride-hailing company plans to offer 180 million shares at $44 to $50 each, according to a regulatory filing Friday.

The filing puts Uber on track to make its trading debut in May on the New York Stock Exchange in what is expected to be the year’s biggest US IPO.

At the top of the range the listing would value Uber at almost $84bn, based on the number of shares outstanding after the offering, as detailed in the filing.

On a fully diluted basis, including the addition of stock options, restricted shares or other stakes not included in the outstanding total, the valuation could top $91.5bn.

Slack Technologies submitted its plans to US regulators to go public through an unusual direct listing.

The workplace-messaging company’s filing on Friday confirms its plans to avoid a traditional public offering and instead list its shares directly on the New York Stock Exchange under the symbol SK.

Internet and media group Naspers has announced a share exchange transaction which would see it hold shares in both Indian and Chinese online travel companies, according to a shareholder notice issued on Friday.

Naspers will swap out its 42.5% stake in India company MakeMyTrip for an approximate 5.6% stake in Ctrip.com International Limited, a spokesperson said.

The share exchange transaction allows Ctrip to enjoy a larger exposure to the India travel market and benefit from the growth of MakeMyTrip. It also allows MakeMyTrip to benefit from Ctrip’s significant global scale," the shareholder notice read.

"Naspers’s continued investment through its interest in Ctrip should create additional value for Naspers and its shareholders," it said.

US equity futures erased losses after data showed economic growth accelerated by more than forecast in the first quarter while the dollar headed for its best week since February.

Contracts on the S&P 500 Index edged higher after being down for most of the morning. Intel and American Airlines dropped in early trading after cutting forecasts for this year.

The Stoxx Europe 600 climbed as losses for raw material producers were offset by gains in media companies. Deutsche Bank fell to a two-week low after lowering its revenue target. Treasuries rose alongside most European sovereign debt, while oil retreated.

At the end of a busy week for earnings, investors are taking stock of both good and bad corporate surprises and cheering signs of economic strength.

Aboubakar Jakoet will be retiring from his position as Chief Finance Officer of the Pick 'n Pay Group, the retailer said in a statement on Friday.

He has agreed to remain in his position until a successor has been appointed. The board is finalising the appointment and shareholders will be updated in due course, the retailer said.

"The board extends its most sincere thanks and appreciation to Bakar for his dedication, diligence and commitment to Pick 'n Pay throughout his 34-year career," the statement said.

After retirement, Jakoet will serve on the board in a non-executive capacity.

Andre Botha, Senior Dealer, TreasuryONE said the rand is expected to trade sideways for most of the day.

“It seems that the US dollar steam train that kept chugging along yesterday has finally reached a station and stopped for a breather before the GDP number that will be released later on today.

"The USD looked like it wanted to push through the 1.1100 mark against the euro as the market continued to be bullish on the US dollar. This bullishness translated into the rand breaking above the R14.50 level and reached a high of R14.55.

"With the little retreat in the US dollar we have seen EM currencies retracing some of the losses it suffered over the past couple of days. With the market wary of the US GDP data out this afternoon, we could see the number pump fresh impetus into the currency markets with two-way risks abound.

"We expect the rand to trade sideways for most of the day as we await the data out later this afternoon as this could give a fresh direction to the rand.”

Asian stocks fell Friday as earnings season continued. The dollar steadied around a four-month high before the US release on first-quarter economic growth.Shares declined across the region, though were little changed in Hong Kong.

European futures were mixed and US contracts ticked lower. An unexpected tumble in Japanese industrial production, following yesterday’s contraction in South Korea’s GDP, underscored that economies outside the US and China aren’t doing as well. Corporate earnings also failed to give a lift to Asian equities. China’s yuan edged up after President Xi Jinping said his country won’t engage in currency depreciation that harms other nations.

Oil ticked lower and Treasuries were flat.Earlier in the US, the tech-heavy Nasdaq 100 reached a record following strong results from Microsoft and Facebook.

The broader S&P 500 Index ended little changed after 3M cut its earnings forecast and UPS reported a profit drop.As earnings roll in, investors are looking for a reason to breathe new life into the global risk rally.

Mostly positive results so far this earnings season have gone some way toward mitigating anxiety over the global economy, though renewed concerns in a number of emerging markets from Turkey to Argentina is damping risk appetite. US first-quarter gross domestic product data due Friday will be closely watched.

“We’re in an obviously relatively slower growth economic environment and earnings expectations have drifted lower,” said Ryan Primmer, head of investment solutions at UBS Asset Management. “I would call it a good-enough earnings season for the market to be rewarded for where it’s at today.”

The yield on 10-year Treasuries was little changed at 2.53%.

Go to top
We live in a world where facts and fiction get blurred
In times of uncertainty you need journalism you can trust. For only R75 per month, you have access to a world of in-depth analyses, investigative journalism, top opinions and a range of features. Journalism strengthens democracy. Invest in the future today.
Subscribe to News24
Next on Fin24
US stocks open lower amid anxiety over Covid-19, election 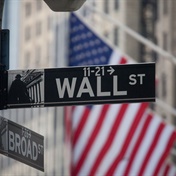