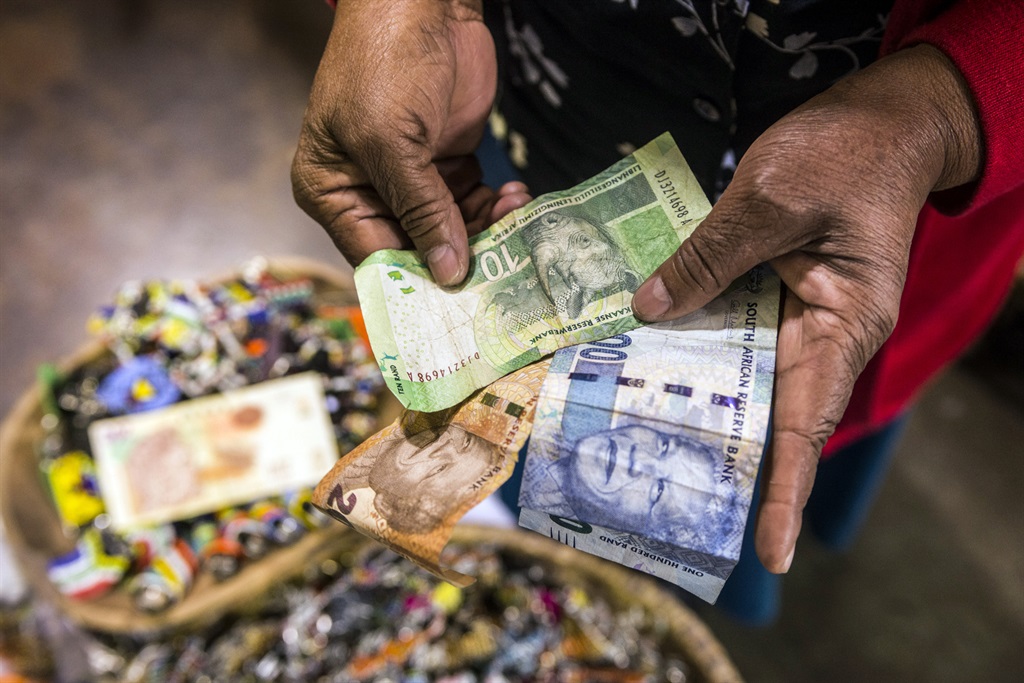 A vendor counts out banknotes while working in an African craft market in South Africa.
Waldo Swiegers/Bloomberg

The dollar eased for a third straight day on Tuesday as investors cautiously trimmed bets on a rally which sent the greenback to a two-decade high last week.

The currency's strength is widely expected to remain a driving force across financial markets in 2022 as the US Federal Reserve implements a new cycle of monetary tightening.

Fed speakers on Tuesday, including Chairman Jerome Powell at 1800 GMT, will be closely watched for any clues about whether near-term rate expectations could become even more aggressive.

"The dollar pulled back after a very strong run of gains, it's mostly stabilising at a high level," commented Lee Hardman, a currency analyst at MUFG Bank.

Hardman argued it was difficult to see a shift in the fundamentals that are lifting the dollar amid worries about global economic growth.

"The key driver is that the U.S. economy is outperforming the rest of the world", he said, pointing to worries about the euro zone and China in particular.

Data showed consumption and factory output in world's second biggest economy fell in April at a pace unseen since early 2020, when the Wuhan coronavirus outbreak became a pandemic.

The Chinese offshore yuan gained 0.6% after a steep slide that has knocked it about 7% lower since mid-April. It last traded at 6.7556 per dollar.

Shanghai logged three consecutive days with no new COVID-19 cases outside quarantine zones on Tuesday, a milestone that in other cities has signalled the beginning of lifting restrictions.

Worries that escalating tensions with Russia could lead to a gas embargo, a recession in the euro zone and prevent the ECB from lifting interest rates are however weighing on the common currency's prospects.

"There is undoubtedly a risk that the ECB might have to delay its lift-off in the end or that it will not hike interest rates as much as it currently seems willing to do", Commerzbank analyst You-Na Park-Heger wrote in a morning note.

The Australian dollar jumped 0.8% to $0.70305, recovering further from a two-year low touched last week, and could get an extra boost from interest rate expectations if wage data beats expectations on Wednesday.

Australia's central bank considered a sharper rise in interest rates at its May meeting, minutes published on Tuesday showed, in a heavy hint it will hike again in June.

We live in a world where facts and fiction get blurred
In times of uncertainty you need journalism you can trust. For 14 free days, you can have access to a world of in-depth analyses, investigative journalism, top opinions and a range of features. Journalism strengthens democracy. Invest in the future today. Thereafter you will be billed R75 per month. You can cancel anytime and if you cancel within 14 days you won't be billed.
Subscribe to News24
Next on Fin24
MONEY LIVE | Market losses driven by recession, inflation fears