London, June 4, 2020 - A rally in global stock markets petered out Thursday, while oil prices fell, with investors cautious as they waited for a key European Central Bank meeting.

"After enjoying a very bullish session yesterday, it seems that traders are content to wait and see what happens in relation to the European Central Bank's meeting," said David Madden, analyst at CMC Markets UK.

Most analysts expected the ECB to beef up its emergency bond-buying scheme with hundreds of billions of euros to weather the coronavirus pandemic.

In the event, the ECB said it would spend an extra 600 billion euros on bonds while leaving interest rates unchanged.

The additional bond buying comes on top of an earlier pledge to hoover up 750 billion euros in government and corporate bonds this year so as to keep credit flowing in the region.

Elsewhere, oil markets slipped, after climbing to three-month highs Wednesday on hopes for an extension to a massive output cut by major producers Saudi Arabia and Russia.

Stock markets rose sharply Wednesday, building on recent strong gains, bolstered by the further easing of coronavirus lockdown measures and signs that economies could be past the worst of the coronavirus crisis.

In Europe, Germany said late Wednesday that it would pump 130 billion euros ($146 billion) into a stimulus package to kick-start the region's biggest economy.

"The actual market impact today of a fresh boost may be limited, given how widely-expected the move is, but it signals the continued willingness of central banks to act, and investors should be reassured by this," Chris Beauchamp, chief market analyst at IG trading group, said shortly before the ECB announcement.

Wednesday saw the release of US data showing another 2.76 million private jobs were lost in May, which was well below the nine million expected by economists, indicating there is light at the end of the tunnel.

"Global equity markets have... (been) in a buoyant mood fuelled by the prospect of economies reopening while data releases have supported the notion that the worst of the economic downturn could be behind us," said Rodrigo Catril of National Australia Bank.

But China-US tensions remain on the table, and on Wednesday Washington ordered the suspension of all flights by Chinese airlines in and out of the United States.

China said it would allow foreign airlines currently blocked from operating in the country to resume limited flights from June 8, lifting a de facto ban on US carriers. 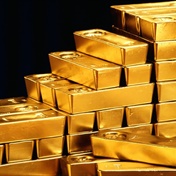