How the cheapest bank in SA stacks up against the rest 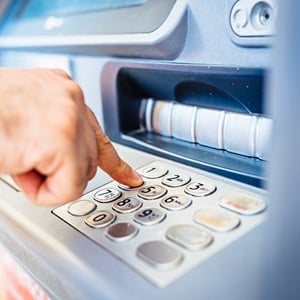 Cape Town - Capitec Bank is generally the cheapest bank for the needs of most people, despite strong competition from other banks, according to Solidarity's 2016 Bank Charges Report.

As a result of strong competition in the basic bank account market, all four major South African banks are now keeping the cost of the accounts relatively low, according to Paul Joubert, senior researcher at the Solidarity Research Institute.

He said unlike in the past, even Nedbank, with its new Pay-As-You-Use account, now also competes well with the cheaper accounts offered by Capitec, Absa, FNB and Standard Bank.

"The user profiles are not defined according to income level, but rather by the number of transactions on each profile," the report stated.

These profiles were based on guidelines as promoted by the banks and covers transactions ranging from 12 basic transactions to a comprehensive 30 transactions. The four categories are:

1. Accounts marketed to people with a low income and who have basic banking needs. (Profile with 12 transactions per month) 2. Accounts marketed to people with a low income but who have somewhat more sophisticated banking needs. (Profile with 17 transactions per month)

3. Accounts marketed to people with a middle class income and sophisticated banking needs. (Profile with 25 transactions per month)

Joubert believes the strong competition among accounts marketed to the middle-income market means that other factors such as reward programmes are increasingly influencing clients’ choice of a bank.

4. Accounts marketed to people with an upper middle class income and sophisticated banking needs. (Profile with 30 transactions per month)

The table below shows the cheapest account from each bank in each of the four categories. Capitec comes in first in all instances where it is compared. Absa follows Capitec as generally the second cheapest followed by FNB, Nedbank and Standard Bank. "Capitec remains the cheapest account in general. Capitec's no frills approach and policy of paying significant interest on any positive balance allows it to remain on top, despite the competing accounts first introduced by FNB and Absa and later also by Nedbank and Standard Bank," the report found.

It added that Capitec's only real limitation is that it does not offer products like overdraft facilities and credit cards.

Related Links
How Capitec overcame high barriers to entry in SA
Find the best bank fees
R30m fine: Sarb nails 5 banks after money-laundering probe
Share
Next on Fin24
Are traditional banks getting too much credit?

See all newsletters
Voting Booth
How has Covid-19 impacted your financial position?
Please select an option Oops! Something went wrong, please try again later.
I'm not really directly affected
20% - 228 votes
I am taking a hit, but should be able to recover in the next year
26% - 298 votes
My finances have been devastated
29% - 341 votes
It's still too early to know what the full effect will be
26% - 300 votes
Previous Results
Covid-19 Money Hub
Covid-19 Money Hub - answering your business and money questions during the crisis