Reckless lending: control the 'dealer', not the 'addict' - expert 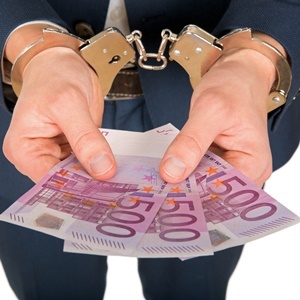 Cape Town – Over-indebted consumers irresponsibly seeking to obtain even more credit can be seen as drug addicts and reckless lenders as their drug dealers, according to Clark Gardner of Summit Financial Partners.

He made this comparison in his presentation to Parliament’s portfolio committee on trade and industry during presentations on the proposed Draft National Credit Amendment Bill on Wednesday.

“Financial literacy campaigns will assist, but will take a long time to reach all consumers. The success rate of these types of campaigns is may be between 10% and 15%,” said Gardner.

“Yes, over-indebted consumers need financial discipline, but these types of borrowers are often their own worst enemies. So, control the credit provider – like a drug dealer – rather than trying to control the ‘drug addict’. Regulating the supply can be achieved with a far better success rate.”

Gardner told the committee that credit laws must be easier to enforce and simpler to understand.

He proposed that laws be written with clear binary outcomes, for instance setting out the exact amount for credit life insurance in clear terms, as the previous section 106 of the act made use of market-related terms be feels are difficult to enforce.

Further, Gardner wants the bill to define clearly what unsecured credit is. For instance, it is where the total cost of credit exceeds 20%, or something similar.

There should also be a specific definition of reckless credit, in his view. For instance, all loans advanced where total debt instalments exceed 40% of a consumer’s income.

“The (credit) system should work, but it does not. The law is not enforced at a regulatory level,” he said.

In his view, healthy credit could be defined as not more than 40% of the net income of a consumer and should be the cut-off point for obtaining more credit. When it is stipulated in such specific terms, he feels the law could be enforced.

“We cannot in South Africa have a ‘first world’ law which is ambiguous and relies on a strong ombudsman for declaratory orders, like in the UK. We need a credit law which takes into account that South Africa is a third world country and consumers require easily accessed and enforceable laws,” said Gardner.

In his view, South Africa credit law makes it expensive and time-consuming for the “man in the street” to seek justice.

Gardner was asked by the committee how Summit is funded, and what his interests are in the outcome of the bill.

He replied that Summit is a for profit organisation which also assists non-paying clients. It is involved in statutory debt counselling and is a registered Alternative Dispute Resolution Agent.

“Yes, we are profitable, but primarily a purpose-driven entity that aims to bring positive change to the South African financial services industry. Like Johann Rupert said: To do good you must do well,” Gardner told the committee.

We live in a world where facts and fiction get blurred
In times of uncertainty you need journalism you can trust. For only R75 per month, you have access to a world of in-depth analyses, investigative journalism, top opinions and a range of features. Journalism strengthens democracy. Invest in the future today.
Subscribe to News24
Related Links
BASA issues loan shark warning on draft bill on debt
Don't be fooled, there is a credit problem
7 steps to a debt-free 2018
Next on Fin24
5 practical questions to ask about debt