How medical aids milk you 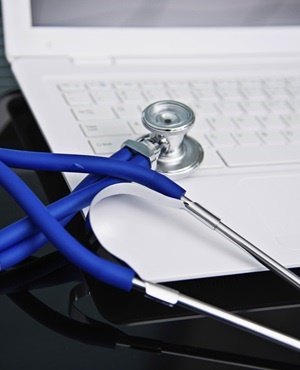 Johannesburg - Trustees of medical schemes are making a killing out of member contributions.

Last year, schemes paid millions of rands to trustees, who are supposed to be volunteering their services.

Some schemes even paid more than R500 000 to each trustee.

Topping the list was Discovery Health Medical Scheme, which paid R673 000, on average, to each of its six trustees.

Also on the list of big spenders was Medshield Medical Aid Scheme, which paid each of its trustees an estimated R544 000.

Bonitas Medical Fund paid about R352 000 and Fedhealth Medical Aid about R314 000 to each of their trustees.

Tebogo Maziya, general manager for financial supervision at the Council for Medical Schemes, said trustees’ remuneration was of concern and that the council was working to change the scenario.

“Two years ago, the council undertook research work – together with tax and advisory firm EY – where we unpacked trustee remuneration,” she said.

“One of the recommendations emanating from the research was that we should consider reviewing regulation 6 [of the Medical Schemes Act].”

She also suggested that the review should empower the registrar to determine the appropriate remuneration for trustees.

There are no guidelines or legislation determining and monitoring what trustees should be paid. Schemes remunerate trustees for attending meetings, holding office and for accommodation and meals.

We prefer specialists over GPs

The medical schemes council says that while the country’s medical aid schemes are in a healthy financial state, the same cannot be said of their members.

The majority of medical scheme members have been described as old and sick, and, as a result, are hospitalised more often. This frequent hospitalisation has led to an increase in claims paid out by schemes.

Since 2005‚ the number of younger‚ healthier members, who claim less, has dropped.

Of that, R138.6 billion was paid out to private hospitals, doctors, pharmacists and other healthcare service providers. This was a 9% increase in total healthcare expenditure compared with the total of claims paid in 2014.

The bulk of healthcare expenditure – R51.4 billion – went to private hospitals. This is a trend that has continued for more than a decade.

According to Dr Anton de Villiers, general manager for research and monitoring at the council, this trend is driven by inpatient admissions – a procedure whereby a person is admitted to hospital primarily to be closely monitored.

The remaining 12% was paid towards same-day inpatient admissions – referring to same-day admission, service and discharge procedures.

“On average, members stayed in hospital for 4.51 days. Most hospital admission statistics were higher for open schemes [defined as schemes that are open for membership by anyone; they are not restricted to workers in certain industries], except for maternity admissions,” he said.

The least-paid service providers last year were general practitioners (GPs), according to the report, with only R8.6 billion – or 6.2% of the entire healthcare expenditure – attributed to GPs. It also showed GPs charged R350 on average.

De Villiers said it was concerning to see that GPs still made up a fraction of private healthcare expenditure. “Medical aid members bypass GPs and go straight to medical specialists for minor illnesses that can be treated by normal doctors.

“Schemes are forced to increase member contributions because specialists charge twice as much as GPs.”

“The public sector is also battling with this behaviour, where patients trust healthcare professionals working at hospitals more than those at clinics.”

The only difference between the two sectors was that, in the private sector, this behaviour came with a hefty price – higher premiums.

Last year, medical schemes paid specialists a total of R32.5 billion. This was an increase of 6.03% in real terms, compared with the R30.7 billion spent in 2014.

“This tells us that if GPs were to be utilised more often, they could bring down the high cost associated with hospitalisation.”

Last year, the number of lives covered by medical schemes declined slightly from 8.814 million in 2014 to 8.809 million – a 0.06% decline. Although this seems small, it is the first decline since 2004 and, if the trend continues, it could result in higher contribution increases.

Much of medical schemes’ membership growth since 2006 has been attributed to Gems, which launched that year.

If schemes do not grow their membership, existing members get older and sicker, and claim more benefits. Schemes need young and healthy members to subsidise the costs of older, sicker ones.

See all newsletters
Voting Booth
Do you think it was a good idea for the government to approach the IMF for a $4.3 billion loan to fight Covid-19?
Please select an option Oops! Something went wrong, please try again later.
Yes. We need the money.
11% - 900 votes
It depends on how the funds are used.
74% - 5998 votes
No. We should have gotten the loan elsewhere.
15% - 1213 votes
Previous Results
Covid-19 Money Hub
Covid-19 Money Hub - answering your business and money questions during the crisis