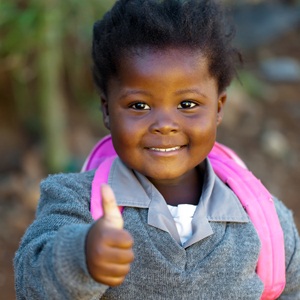 Johannesburg - Sanlam and Lion of Africa Assurance are among insurers whose sale of funeral policies for children on welfare has led to a confrontation with South Africa’s government, which wants to end the practice.

Agents for the companies and other insurers sell policies to parents or guardians who receive the welfare grants on the children’s behalf. The forms they sign include a written mandate permitting a deduction directly from the grant before it’s paid into their bank accounts.

People on welfare are among the least educated in South Africa and many don’t understand what they are committing to, according to the state welfare agency. The South African Social Security Agency (Sassa) is “inundated” with complaints about deductions people say they had not knowingly approved, it said in a court submission related to the issue.

Disputes with Sassa highlight the tension over how financial firms are allegedly profiting from the country’s poorest people. Government agencies are scrutinising the practice to try and protect welfare recipients, prompting both companies to go to court to stop the government from taking action in cases that will be heard this month. The government welfare agency wants to ban deductions from social grants for funeral policies for children. Currently, the law only allows deductions from grants for funeral insurance and those cannot exceed 10% of the value of the grant.

“It’s a massive exploitation of the most vulnerable people in the country for profit,” Isobel Frye, director of the Studies in Poverty and Inequality Institute, said by phone from Johannesburg. “It’s fleecing the poor.”

Of South Africa’s 53 million people, 16.9 million receive welfare payments as part of the post-apartheid government’s attempt to reduce poverty and narrow inequality in a nation with one of the world’s biggest gaps between rich and poor. The state paid R129bn in social grants in the past financial year with monthly payments of about R330 to R1 435 being the primary income for one in five households. Official statistics show that more people receive welfare grants than are in work.

The insurance policies drain money from grants that should cover people’s basic needs, the government says.

Lion says it’s providing a service that protects people on welfare from major costs in the case of death. Sanlam declined to comment beyond the submissions to court made by its Channel Life unit. In that case it’s arguing that funeral cover deductions, which are permitted, are being included unfairly in a clean up that’s designed to eliminate illegal deductions for products and services including mobile phone airtime and loans.

In Lion’s case, only 1% of the premiums are likely to be paid out because the children only have a 4% chance of dying while covered, said Roseanne da Silva, president of the Actuarial Society of South Africa. Black Sash Trust, a community activist group that’s allowed to make legal arguments in the court case, sought her advice using a Lion policy as an example. The court has ruled that Black Sash can’t introduce new evidence, meaning this report won’t be considered in the case.

By August 2015 deductions for funeral policies, which are permitted, and other goods and services, which are not, were worth R45m per month, Sassa said. Seventy percent of welfare payments are for children.

Children are eligible for government support, paid to their guardians, until the age of 18. After that, if they don’t have income to pay for the policies, funeral coverage falls away.

The desire to continue taking money off child welfare grants for funeral cover prompted Cape Town-based Lion to get an interim interdict from the court in December to stop a Sassa moratorium on the practice. It won its argument that Sassa didn’t have the authority to do so, because it’s only supposed to implement government policy.

Lion had already concluded 47 000 policies with child-grant beneficiaries and drew the money at the beginning of the month, it said in court papers. Funeral plans make up more than half of Lion’s business, with those being paid for by child grants being part of that, EC du Toit, its actuarial head, said by phone.

“If it’s the intention or need of the caregiver to have something that provides funds should there be a death, we are there to provide a product,” du Toit said.

The Constitutional Court is hearing Sassa’s appeal on May 26. In its previous court submission, Sassa said the moratorium only applies to new policies. Using grants for funeral cover “deprives children of their constitutional right of access to social security,” it said.

Poor children with access to welfare get ill less, are 10% more likely to achieve good grades and have a lower probability of falling pregnant, turning to alcohol or drugs, or joining a gang, the institute said.

Because of the low rate of death of children covered by the policies 99% of the premiums go to administration and profit at the insurance companies, according to Da Silva, who is also an adjunct professor at the School of Statistics and Actuarial Science at Johannesburg’s University of the Witwatersrand.

Lion calculations show there’s a risk of between 30% and 156% of a funeral policy payout, because as many as eight people can be covered by a family policy, Du Toit said. Under South African law child grants are not supposed to be used to subsidise services for other family members. Some of the deductions come directly off child grants, Lion and Sassa confirmed.

“The deductions of funeral insurance premiums are not in the best interests of the child, the beneficiary of the grant” even though they are legally permitted, Nomonde Nyembe, an attorney at the Centre for Applied Legal Studies, which is representing Black Sash, said by e-mail. “A funeral policy is not for the benefit of the insured life, the child, but is for the benefit, and in the interest of, the policyholder, the adult recipient of the grant.”

Poor households often spend 15 times their monthly income on a funeral, according to Age-in-Action, a Cape Town-based advocacy group for the elderly.

“The broader populace seeks funeral insurance cover,” Lion CEO Paul Myeza said by e-mail. “The question is whether they get that through regulated, legitimate assurance companies or via unregulated providers at the risk of higher premiums and no recourse.”

Myeza was referring to individuals or companies that provide insurance illegally without oversight from government agencies, unlike Lion and Channel Life.

The High Court in Pretoria will on May 10 hear Channel Life’s request for an interdict to stop the government’s plan to eliminate payments where vendors haven’t adhered to regulations designed to protect social grant recipients.

Policy holders have to sign a written mandate for funeral coverage. Channel Life collects the mandates and submits them directly to Sassa. Sassa wants them submitted directly by grant recipients. Channel Life and Sassa have interpreted the law differently with Channel saying that it complies with the law.

Sanlam - the largest South African-based insurer with operations spanning 11 countries on the continent and which has units in India, Malaysia, the UK and Australia - has gained 14% this year, the most among 16 financial-services companies in the FTSE/JSE Africa Financial 15 Index.

In court papers Channel Life said the plan will cause existing policies to lapse, creating confusion, “serious reputational risk” and revenue loss. The insurer has a “clear” or “prima facie” right to make deductions, as long as they don’t violate existing regulations, it said.

Most beneficiaries can’t comply because they live in rural areas, making it difficult to submit the forms to Sassa offices, Channel Life said.

Welfare recipients used to have to queue for hours to get their grants. In 2012 Sassa contracted Net 1 UEPS Technologies’ Cash Paymaster Services to make payments into bank accounts on the first day of the month.

What Sassa says it didn’t consider was that an “open loop banking system provided for a new frontier of exploitation of the most vulnerable members of South African society.” Stopping the deductions is hard, especially for people in rural areas, it said. By 2018, Sassa wants to make the payments itself.

“This growing national phenomenon of unlawful and immoral debit deductions is unacceptable,” Sassa said. “They rob the poor from the resources that South Africans provide for them to meet their basic needs.”

We live in a world where facts and fiction get blurred
In times of uncertainty you need journalism you can trust. For only R75 per month, you have access to a world of in-depth analyses, investigative journalism, top opinions and a range of features. Journalism strengthens democracy. Invest in the future today.
Subscribe to News24
Related Links
Inflation 'cancels' grant increases before implemented
No plan to reissue SA grants tender
Rapid growth in social grants and welfare services
Next on Fin24
Entrepreneur wants to help South Africans get in the savings habit