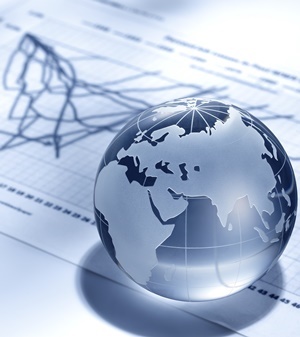 Demand to invest offshore is being driven by geopolitical uncertainty and a weaker rand, as well as the generally accepted wisdom that investments should be diversified across geographies and asset classes, Guernsey Finance says in a statement.

Regulation 28 of the Pension Fund Act now allows institutions like pension funds to have up to 30% of offshore exposure and individuals are able to externalise assets of R10m per annum.

James Travers, technical manager of Guernsey Finance, the promotional arm of Guernsey's financial services industry, says that in choosing an offshore financial centre, it is critical that investment managers – and their clients – discern carefully about which jurisdiction to choose.

"Fund managers need to look for a stable and secure environment and remain mindful of the reputation for international compliance, cooperation and transparency of their chosen offshore centre. Equally, they require a robust legal environment and flexible and responsive regulation.

"Guernsey has a long tradition of dealings with South Africa, with some fund managers, like Investec, having had a presence there for decades. Guernsey is a mature investment funds jurisdiction of “substance” a term that South African investors are likely to become more familiar with," he says.

Other local companies active on the island include Momentum, Peregrine and First Rand.

Along with Ireland, Luxembourg and Jersey, Guernsey is one of the top jurisdictions for South African offshore funds, according to Travers.

He says Guernsey investment funds are frequently registered for sale in South Africa under the Collective Investment Schemes Control Act.
Essentially these are offshore funds which are registered and approved by the Financial Service Conduct Authority. Guernsey has 37 such FSCA-approved funds, the vast majority of which are managed in South Africa.

Ian Horswell, senior business development manager at of global fund administrator and advisory firm Maitland in Guernsey, says an offshore management company (ManCo) is generally required for a South African investment fund to administer a fund in Guernsey. Such a ManCo can also facilitate further growth into additional markets in the EU.

David Crosland is a partner in the market-leading funds team at Carey Olsen in Guernsey. Crosland says distribution is key.

"Marketing Guernsey fund products in South Africa is a well-trodden path, but Guernsey can also provide the perfect stepping-stone to international markets, with deep and longstanding ties to the City of London and other international financial centres," he says.

Travers says setting up offshore structures need not be complicated nor overly expensive.